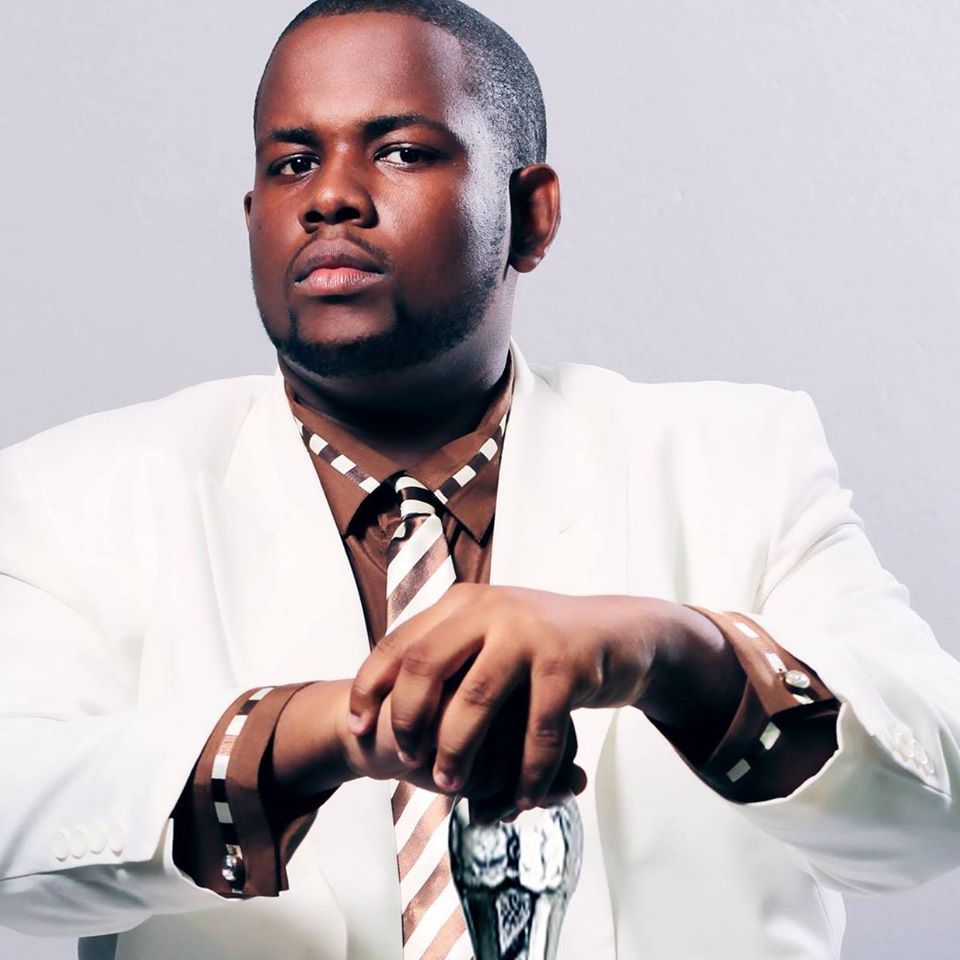 As a young boy, Akinola knew that he wanted to pursue a career in television and radio. Even now, he remembers searching for the nearest object, no matter where he was, to use it as a microphone.

RealShomari, whose given name is Akinola Hasani Sylvester Shomari Coppin, spent his childhood listening to rap, R&B, dancehall, and reggae. While he enjoyed listening to international artistes, he loved Barbadian artistes such as Rihanna, Rupee, Cover Drive, Alison Hinds, and Faith Callender.

Akinola’s first recorded track "God Needs Some Angels", written by Antonio 'Jus D' Johnson, was in remembrance of one of most Barbados’ tragic deaths - the 2010 Campus Trendz fire.

The song which features R&B vocalist Kirra was dedicated to the six young women who lost their lives. Akinola revealed that he knew two of the girls, one was a pupil of his mother and another he knew personally.

“That blew my mind and I said yah know what lemme do a tribute for these six girls," he said.

Three years later, he released his first self-penned single ‘Change’ featuring Trina-T. Little did he know that this song and music video would receive global attention. At the time, Akinola was in negotiations with the Caribbean television network, Tempo Networks to sign a record deal.

But before he could sign the dotted line, he witnessed one of the most surreal experiences of his life.

Akinola recalls slightly opening the door to his home when he was greeted by screams of excitement from a friend.

He was shocked as he had not yet signed his contract. He reached out to the directors at Tempo who told him that his music video and the song were amazing and they could not wait to release it.

“I said wow, this is amazing. That blew my mind that day”.

He told Loop News that he could not believe his first song made such an impact.

The video reached levels that Akinola only dreamed of. It was shown on Vevo, and the Caribbean Broadcasting Corporation (CBC). It also placed second in the Top Ten Music Videos on Music Vault. Not to mention, he was featured in the August 2013 issue of Ville Ventures Online in Jamaica.

The song even landed him an interview with an American reporter, Ginger Tea who instantly fell in love with the track after she heard it. She encouraged him to continue pursuing music because she believed in his talent. This was the push Akinola needed to reach his dream goal.

He wasted no time getting back to the studio and released his second single later that year.

These days, RealShomari is more focused on his television and radio shows rather than creating music. He is an assistant to an international radio announcer and DJ, 'Lady NV', who formerly worked at Slam 101.1FM; an online radio announcer and DJ with British-based station, RTM Radio 89.9 FM; and he is the host of De Trend' Radio Show on a Barbadian online radio station XclusiveOne Drop.

Akinola shared that he wanted to be an international mogul in the next five to ten years.

“I want to be able to be the force that artists come to to get their music to a higher platform. My goal is always to help upcoming artists because at the end of the day coming up in the industry it was hard for me . . .It was very rough and I know how it is for some artists who would like the opportunity but don’t get a chance.”

“There’s a door open for us," is what Akinola is probing to upcoming artistes.

He contended that Bajan superstar Rihanna paved the way for local talents to emerge on the international market. He referred to the success stories of Shontelle Layne and Cover Drive.

He encourages all Barbadians that want to make it in the music world not to give up and to always be ready.