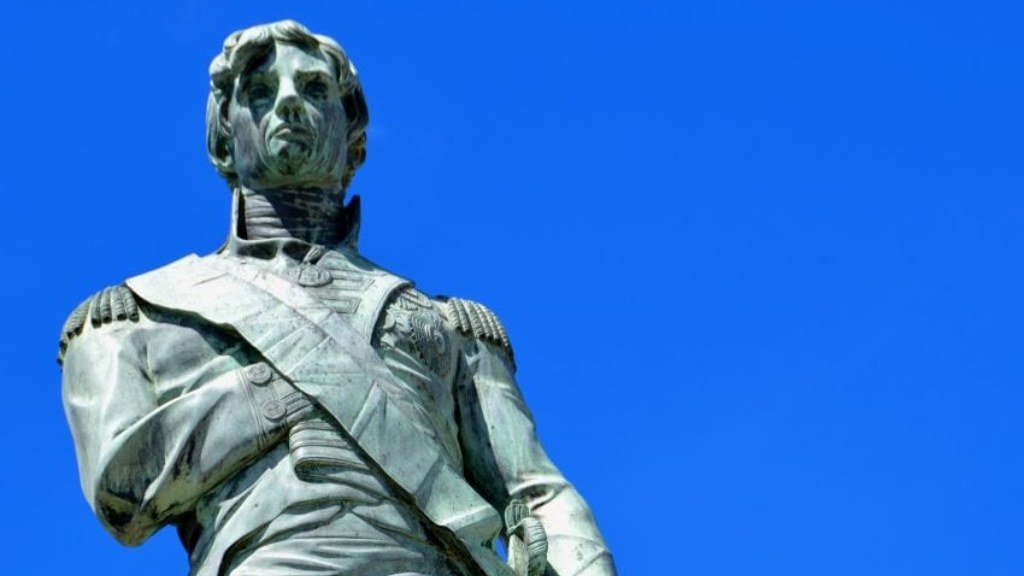 Alex Downes, created a petition to have the Lord Nelson statue moved, is today "happy" that it is not only to be moved but the date has been set and the location picked.

The writing is on the wall and the countdown to 'Take Down Nelson' has begun.

Speaking with Loop News after the Minister in the Prime Minister's Office responsible for Culture, John King made the announcement two days ago (October 23), Downes said:

"As it pertains the statue and it being moved to the Garrison, I think it's a historic decision and historic moment for Barbados."

In light of the Barbados Labour Party's plan for Barbados to become a republic by November 2021, he added: "Even though this statue is a separate discussion to that, I think it all ties in to us as a country, us as a nation, where we want to go and what we want to see for ourselves and so I applaud government for taking the time to understand and committing to a decision that the people of Barbados would've come to them with. It was something that we discussed for a long time."

Downes brought his petition to the people earlier this year amidst much protest, but prior to his petition and the whole Black Lives Movement (BLM) of 2020, numerous persons in decades gone by, at some point or the other, have led this same charge to take down Nelson as well.

"The voice of the people being heard is a good and great thing and it bodes well for the future," stated Downes.

Having asked the people to also give their thoughts on the final resting place for the statue which will remain a piece of the country's history, Downes also spoke on the Barbados Museum ultimately housing the statue soon. The government had called on citizens to submit their suggestions in August after they agreed that the statue should be moved from National Heroes Square.

"Government's decision to move it to the Museum augurs well for the future of the country in terms of our social identity.

"So I'm just very happy, pleased, hopeful for the future and this is just the first of many things I hope that we begin to change about our country."