All even in inaugural International Football Classic in Barbados 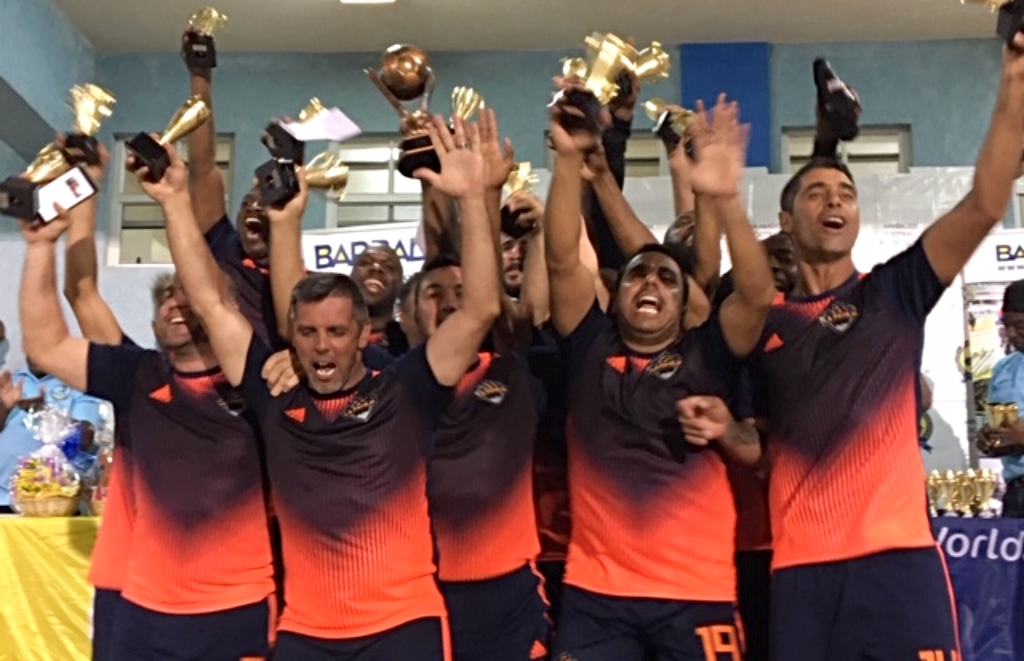 Four days of fun, friendship and football came to an exciting end as the final of the Over 50s and 40 and Over categories were keenly contested between Barbados and Canada in both encounters. 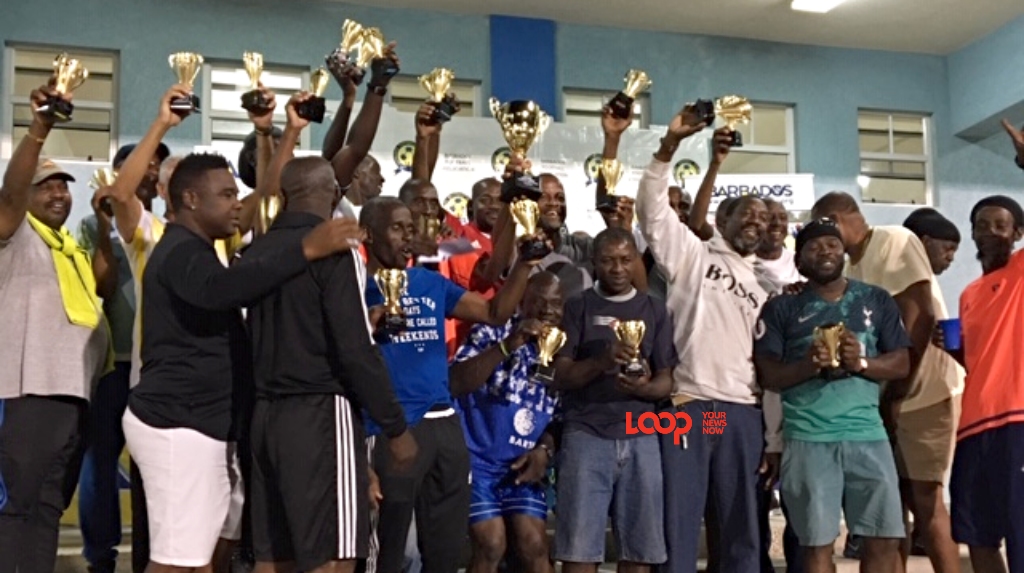 In the Over 50s division, Black Rock Masters edged Toronto Football Club of Friends (TFCOF) 1-0 in a keenly contested duel which had patrons at the edge of their seats.

The visitors had the better of the early exchanges with Mario Di Fabio and Dave Cruickshank causing most of the havoc for the visitors.

Despite a goalless first half, the action of the first half created for an exciting second period and the “old boys” did not disappoint.

One of the highlights of the second half came in the 32nd minute when Black Rock midfield maestro Adrian “Fly” Forde twisted his neck unbelievably to head a Robert Jones free-kick from the right.

The ball was destined for the top right-hand corner but TFCOF goalkeeper Ray Joseph rolled back the years to pull off an outstanding save.

Black Rock took the lead and the match in the 36th minute when former Barbados national attacker Ferdinand Sandiford converted his one-on-one effort with precision.

La Familia of Canada reaped sweet revenge for the visitors in the 40 and Over category, emerging 5-4 victors over Paradise FC in the penalty kick shootout after a 0-0 score at full time.

Most of the opportunities came in the first half, with La Familia coming closest.

Peter Firebrace was brought down just outside the penalty area by Paradise goalkeeper Albert Brathwaite; the resulting free kick was taken by Sergio Merchant and his effort ricocheted off the crossbar and away from danger.

Just minutes later Alvaro Green produced a powerful right footed effort which required the attention of Brathwaite to keep the scores locked at 0-0.

Paradise’s task was made more difficult in the 8th minute, as influential midfielder Richard Wood was expelled by referee Matthew Alleyne for violent conduct.

The Dover lads managed to adjust and remain competitive while taking their chances via the penalty shootout.

3rd Place - BACK IN TIME OF BARBADOS Over 50s

New kids on the block in Masters Football