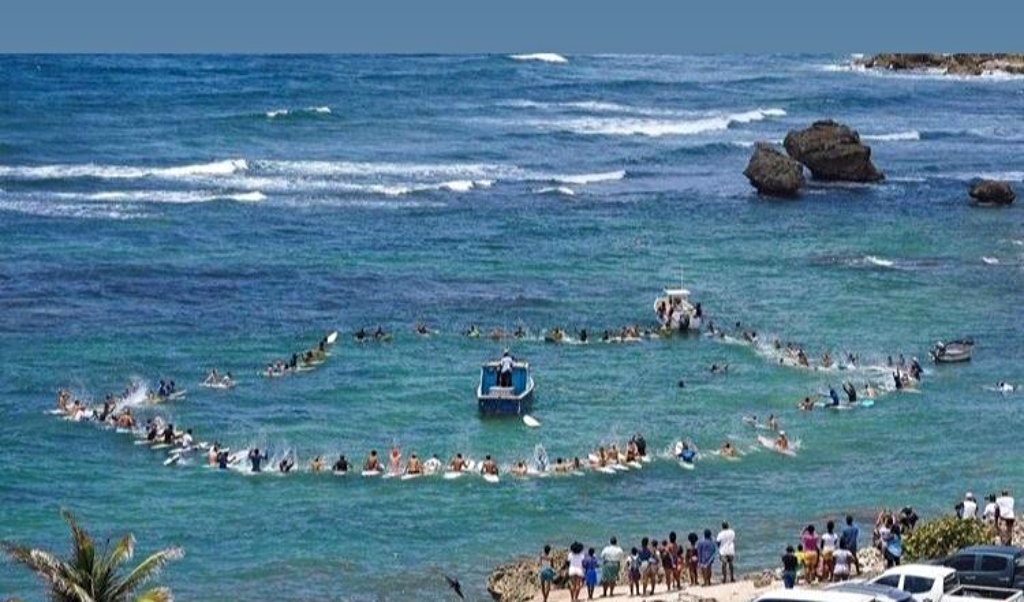 Amalee Mayers will continue to ride and surf the waves that he loved.

Family, friends and fellow surfers gathered at Tent Bay, Bathsheba to say 'Farewell' to Amalee one last time on Sunday (June 14) in a manner befitting the fisherman, surfer, and all-around beach lover.

The 16-year-old past Alleyne School student and musician was always in the waters around Barbados, whether for leisure, pleasure, sport, play or work.

Yesterday, his father Melvin poured the ashes of his son into the big blue Atlantic Ocean and Amalee's family members released balloons into the sky. It was a sad yet joyful occasion as they said their final goodbyes to Amalee and happily watched him go off into the waters he enjoyed.

Sunday's event began at 12.30 pm and lasted for about an hour. Family members were aboard a boat at sea for the sendoff while some of the sport fishermen who he fished with were in another boat. Then surfers who he rode the waves with whilst alive, paddled out, floated side by side, splashed water and gave big cheers in celebration of Amalee's life. The surfers formed a circle around the boat that Amalee's father and family were on. 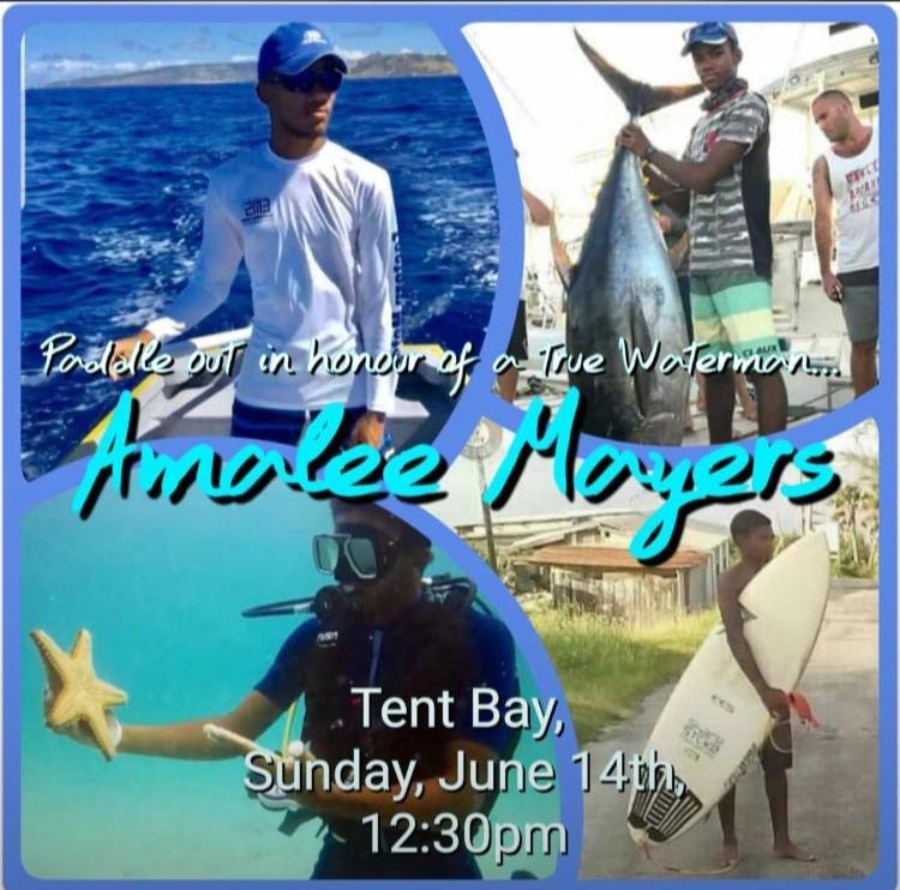 May 22 at St Aidan's Anglican Church, there was a closed-casket funeral service for Amalee. Amalee was reported as lost at sea on May 1 and three days later, on May 4, his body washed ashore. Amalee was discovered by one of his Bathsheba neighbours. Amalee was from Beach Mount in Bathsheba, St Joseph.

Known for his personality and generosity as well as for his many talents - musically and careerwise, Amalee seemingly touched many lives in his short 16 years. He will be missed.

"Besides being one of our children, Barbados' children, an exemplary student, a member of his school band, he was a surfer and a fisherman and he competed in tournaments which both my husband and father, and many family members and friends also fished with him.

"I knew him to see him but not on a personal level. He was a young and upcoming fisherman.

"My husband and myself are close friends with one of his neighbours who saw him going out that day [May 1] and he was one of the divers looking for Amalee."

She said: "His story broke my heart ... I am sure some of our students or their families would know Amalee. The island mourns his untimely passing... He was going somewhere. He was a hard-working, decent up and coming young man."

About 70 surfers answered Amalee's family's call to paddle out one last time in honour of the 'True Waterman' -Amalee Mayers.

One of Amalee's cousins, Faith told Loop: "It was amazing to see the surfers out there knowing that’s what he loved."

Loop News extends deepest condolences to the family and friends of Amalee Mayers.

Amalee died doing what was in his blood - fishing