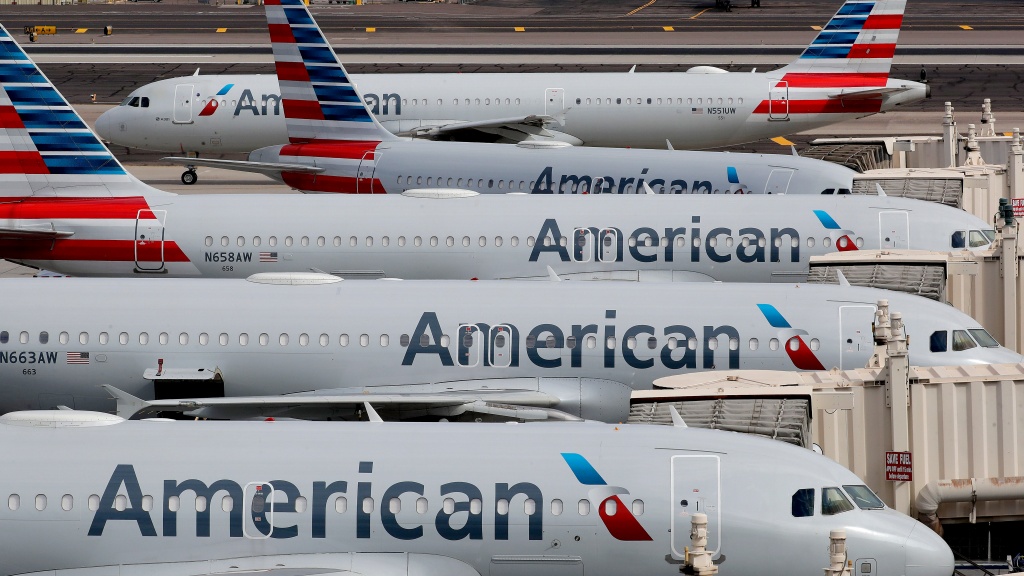 American Airlines and four smaller carriers have reached an agreement with the US Government for billions more in federal loans, a sign of the industry’s desperate fight to survive a downturn in air travel caused by the virus pandemic.

The Treasury Department said on Thursday that it had signed letters of intent for new loans to American, Spirit Airlines, Frontier Airlines, Hawaiian Airlines and SkyWest Airlines.

All the leading US airlines had previously accepted a combination of grants and loans to help cover payroll costs through September 30. These five are the first carriers to tentatively accept loans from a separate $25 billion kitty that Congress set aside under a US$2.2 billion measure to help companies hurt by the pandemic.

American Airlines said it signed a term sheet with Treasury for a US$4.75 billion loan, which would be in addition to $5.8 billion that Treasury has already agreed to extend to American.

“We have to complete some legal work to reach a definitive credit agreement, but we expect to finalize that loan during the third quarter,” American CEO Doug Parker and President Robert Isom said in a note to employees. They said the additional loan would give American liquidity of about $15 billion.

American is generally considered the financially weakest of the largest U.S. airlines, having entered the pandemic with the largest amount of debt. Isom said in May that the airline was considering using its AAdvantage frequent-flyer program as collateral for a federal loan.

Details about terms of the new loans for American and others were not immediately clear. The Treasury Department said it would post documentation within 72 hours of the agreements becoming final — which, judging from American’s comments, could be weeks from now.

A spokeswoman for SkyWest, which operates regional flights for the major airlines, said the company is still “evaluating our level of participation with the Treasury.” The other three airlines signing letters of intent did not immediately answer requests for comment.

Spirit and Frontier are budget carriers that appeal primarily to leisure travellers. Hawaiian depends heavily on vacationers visiting the islands from the U.S. mainland and Asia – they have been subject to a 14-day quarantine upon arrival.

Airlines received special treatment from Congress and the White House during the drafting of the virus-aid measure, which was approved in March. It provided up to $50 billion in grants, loans and guarantees to passenger airlines, plus $8 billion for cargo carriers. The measure gave Treasury power to seek compensation for taxpayers, including in the form of partial ownership stakes.

The airlines are expected to slash thousands of jobs in October when the federal payroll help runs out. Many are encouraging employees to quit or retire.

American Airlines, which began the year with about 130,000 employees, still expects to have 20,000 too many for the number of flights it expects to fly this fall, its leaders said Friday. Delta Air Lines warned 2,500 pilots last week about potential furloughs.

Six leading airline unions have asked Congress to give the companies another $25 billion to prevent layoffs through next March.

Analysts believed interest in the second batch of federal loans would be lower because of the terms — including giving the government a potential ownership stake — and the availability of money from private sources. Major carriers including American, United, Delta and Southwest have raised billions in available cash on the private credit market.

Treasury Secretary Steven Mnuchin said his department was still talking with other airlines about loans and hopes to reach agreements as soon as possible. Some, including United Airlines, have said they would apply for loans but might not use them.

Air travel within the United States fell about 95% from March 1 through mid-April, as the government restricted travel to slow the spread of the virus and travellers feared contracting it. Travel has recovered slowly since then, but the number of airline passengers is still about 75% lower than a year ago.

Investors gave a muted reaction to Treasury’s announcement. Shares of American Airlines and its three closest competitors — Delta, United and Southwest — ranged from down 1% to up 1% in midday trading.