Archer hits back at Holding over Black Lives Matter criticism 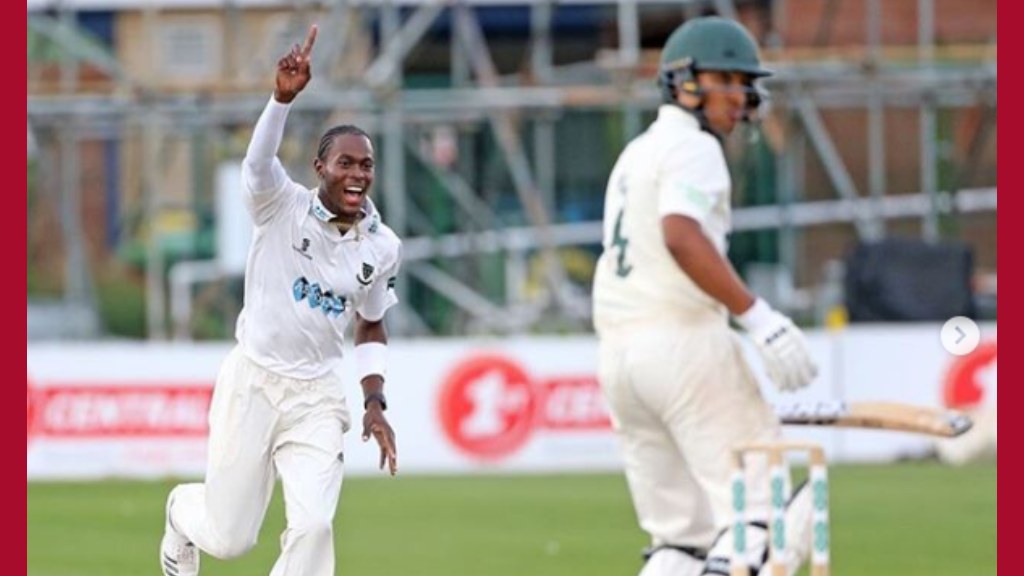 England pacer Jofra Archer hit back at Michael Holding, after the Windies legend criticized England and Australia for not taking a knee during their current limited-overs series.

Holding labelled the decision by the players to stop taking the knee subsequent to the West Indies series in England as "lame."

Archer responded, saying England has not forgotten about the Black Lives Matter movement, adding that Holding does not know what's "running in the background."

The former West Indies U-19 player, who took 3/34 in England's victory over Australia in the 2nd ODI, said Holding's comments were "a bit harsh."

"I'm pretty sure Michael Holding doesn't know anything that is going on behind the scenes. I don't think he has spoken to [ECB chief executive] Tom Harrison. I've spoken to Tom and we have stuff running in the background. We've not forgotten. No-one here has forgotten about Black Lives Matter," Archer said.

Holding has responded in interview with ESPNcricinfo: "Taking a knee does not prevent other action from taking place. Those who take a knee are not substituting the gesture for other positive action."

He added: "Nobody should have a problem with it. It is a worldwide recognition of calling attention to racial prejudice and injustice."

England and West Indies players and staff took a knee before each match of the three-Test series in July and August, but the practice did not continue into the Pakistan or Australia series which followed.

Kemar Roach: Windies players ready to battle with Archer on the pitch