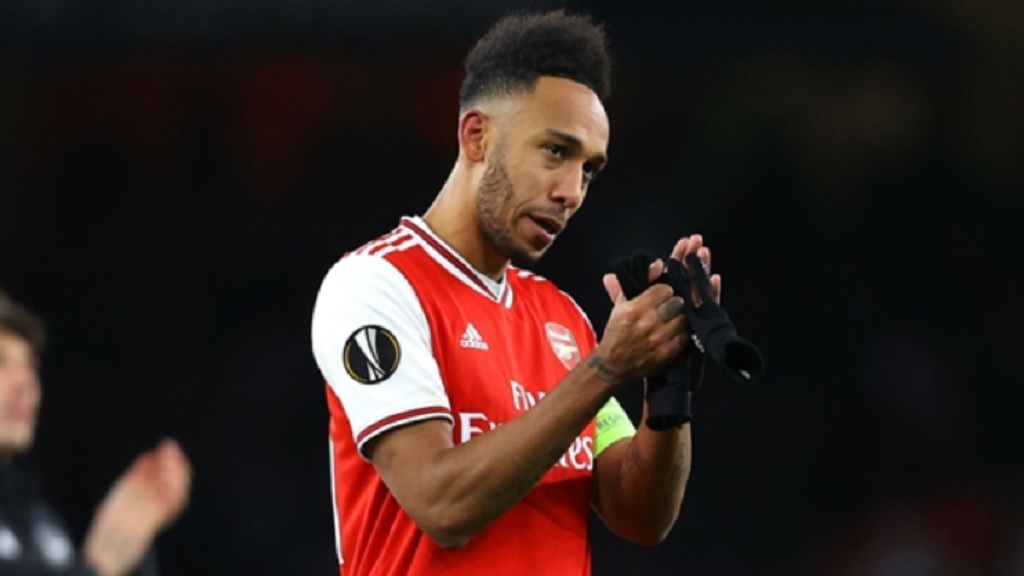 Pierre-Emerick Aubameyang could leave Arsenal during the next transfer window because they have become a selling club, former Gunners captain Tony Adams has said.

Only Leicester City striker Jamie Vardy, with 19, has scored more Premier League goals in 2019-20 than Aubameyang, who netted 22 times last season to become one of the three players to win a golden boot.

The striker's form has led to suggestions Manchester United, Real Madrid and Paris Saint-Germain could try to lure the 30-year-old away from north London once the transfer window opens.

Alexis Sanchez, Alex Oxlade-Chamberlain and Robin van Persie are among the leading players to have departed in recent seasons, and Adams fears Aubameyang, whose deal expires next year, could follow suit.

"Quite possibly, he could walk out the door," Adams told Sky Sports.

"I loved Arsene Wenger's principles, that no player was bigger than the club, and he moved players on if it made sense for the club financially.

"He was strong with that and he got Champions League football every year but it did stand in the way of recruitment - so we have become a club that is selling the best players.

"If I was a coach I'd be saying, 'Don't sell Aubameyang at any price, we need to recruit, bring players through the academy and keep our best players'."

Adams cited how during his time at the club, Thierry Henry, Dennis Bergkamp and Patrick Vieira were among those brought in and retained.

The 2003-04 'Invincibles' won the last of the club's 13 league titles, and Adams insists Arsenal will not be able to challenge again if they continue to cash in on their best players.

"It is a completely different club today and I think recruitment at Arsenal for a good few years has not been great," Adams added.