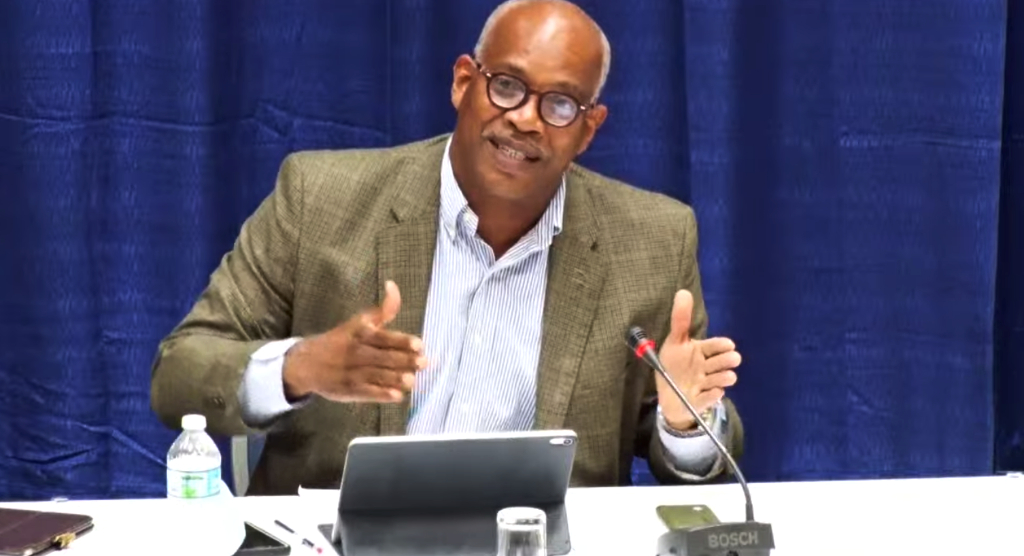 Almost 200 public sector posts which were in breach of the Public Service (General) Order have been legalised.

Marshall disclosed that 183 public servants were unlawfully holding posts that should have been temporary. Due to the illegality of their positions, these civil servants are not eligible to be permanently appointed by Government.

The Attorney General contended that the Freundel Stuart-led administration created the posts but failed to extend the term of the contract.

"As we investigated the history of dealings between 2009 and 2018 in relation to the public service, we discovered a fact there were a large number of illegal posts in the public service occupied by good and solid public servants who were going  to work every single day and doing their duties."

"Between 2009 and  May 2018, 328 posts were created by the last administration, all of which are yet to be established. . . and of those posts, 183 are over six years old and therefore are being occupied by individuals in breach of the statute," Marshall remarked.

During his debate on the Public Service (General) Order in the House of Assembly (July 28), the Attorney General explained that the temporary posts created in the public service could contract for up to three years and extended if deemed necessary. At the end of the extension, the post would either have to be created or removed.

Referring to Opposition's harsh criticism of Government's appointment of a second deputy police commissioner earlier this year, which was later found to be in breach of the Police Act, Marshall stated that Government was cleaning up the mess made by the previous administration and correcting the one mistake they made.

"In a situation where this administration is charged and vilified for all kinds of things in relation to a single post, the last administration over a 10-year period created improperly as much as 200 posts in the public service and placed public servants in them and did not rectify the defect. They created a large number of posts, the vast majority of which continue to pay in contravention of the very Act that they blame us for," Marshall charged.

"We are here today to put wrong things right for those people . . . 183 people are sitting in posts today that have no standing in law to exist and that is what we are fixing. To give those people an opportunity now to be appointed because those posts today are being established," he added.