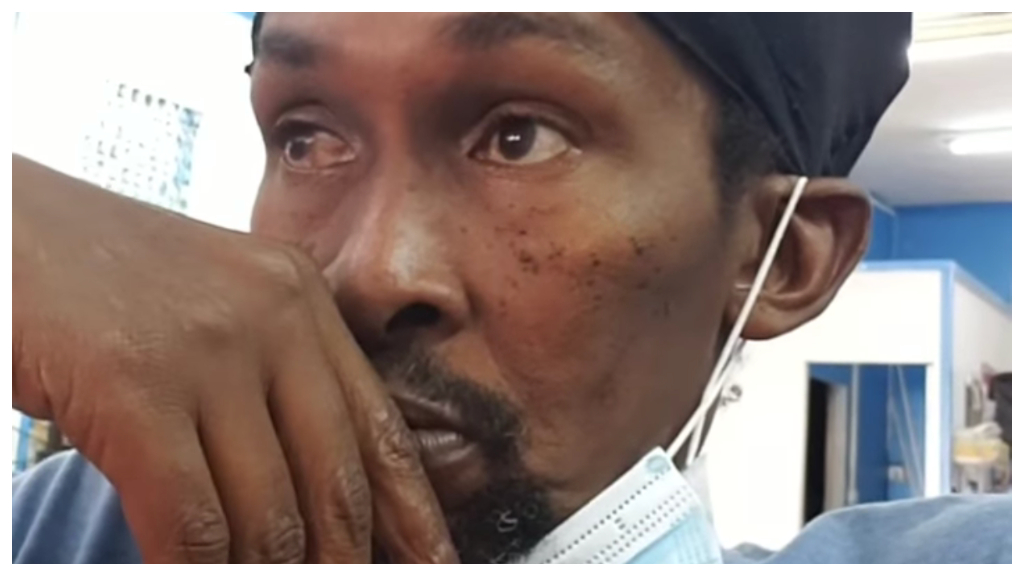 Bajan Fari is "cruel" that people are using social media and their cellphones to make the life of a Barbadian 15-year-old girl who tested positive for COVID-19 "living hell".

In an IGTV post on his Instagram he dragged the children, the young bullies who he called "little racoons" and their adult "mummies and daddies", who he said are not real parents, for adding to the teen's pain and hurt at this time.

"It ain't her fault that she hadda went through this here." The teenager along with seven of her family members who also tested positive are all in Isolation since their results last week.

And beyond the children who are messaging the teen hurtful things, he also addressed the adults who are attacking her mother at the same time as well.

"See wunna parents that blaming the mother and saying she send school she child and all o' dat, you cannot know when you got f#$king coronavirus. Wuh wrong wid wunna?"

He said that it is a show of a sheep mentality - pure ignorance. 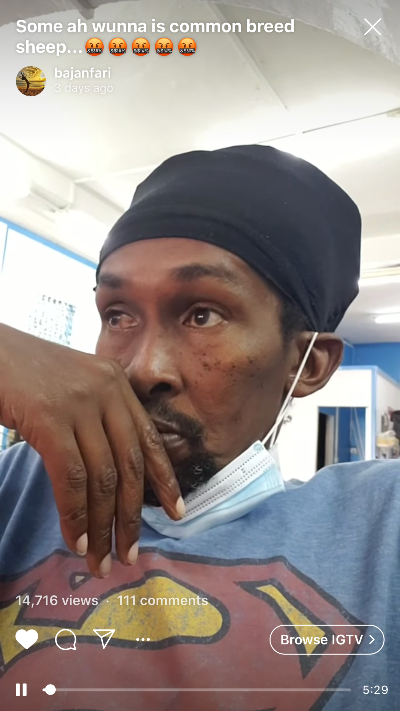 He called on Bajans to get some "empathy" in their hearts. "Wunna sick! You gine think that de woman gine tek up she child knowing it got coronavirus fore she go and look to it help, de child help calling it a it, knowing de lil girl need help and you gine feel that she gine take her child and send it to infect other children before she look to go and get it help? People bout here don't even send school duh children when duh got de flu, much less coronavirus, so how think that that is possible? Your brain got to be addle. Wunna people sick as c*nt. And wunna got some lil children that is bare...that look...them does barely got a phone to do bare c*nt and wunna does indulge them in this c*nt

"The lil girl going through so much - couldn't sleep and all kinda thing, and wunna gine bullying de lil girl. All o' wunna should get charged, all o' wunna."

He said thathe would advise the child's mother to take the phone to the police and show the messagings and such as proof. In Barbados, under the Computer Misuse Act persons can be charged for sending communication which causes distress to the recipient.

"Leff de lil f%$king girl alone. You think that this easy though? And this time half o' wunna doan even wear no mask nor keep wunna self right nor nain, but wunna gine bong on pon a lil girl that innocent and ain't do wunna nuttin. It's not her fault that the predicament that she in. She ain't cause it pun she self. She ain't went out there looking for coronavirus and holler come for me hay, I gine school and wipeout Ellerslie School."

Almost at a lost for words he continued to plead "This lil girl going through a lot, leave her alone."

He even made mention of Senator Lisa Cummins, Minister of Tourism and International Transport who saw a walkout in Senate when she returned after being exposed to COVID-19, despite holding a negative PCR result. He said that he believes the young student is now facing the same "scorn" Cummins spoke about when she argued that she was okayed by the health officials for her return, despite it being only five days after the possible exposure.

Krosfyah lead singer, soca artist Edwin Yearwood also tuned in and said: "Chaaaaaa! Bless up to her and her family !"

Fari said that at this time the public should be sending the student and her family nothing but well wishes and encouraging, uplifting messages hoping she recovers soon.

Having seen the reaction of Bajans to the video and how they respond when they find out anyone had COVID or came in contact with someone, the fear and the discrimination being displayed, Fari, who is a barber by profession, told Loop, "A lot of things have got to change." He said the government now has to also "get back on the grind" to protect everyone.

Spike in delinquency amongst girls recorded after COVID shutdown

COVID Cluster: CMO not pleased about decisions taken by institutions