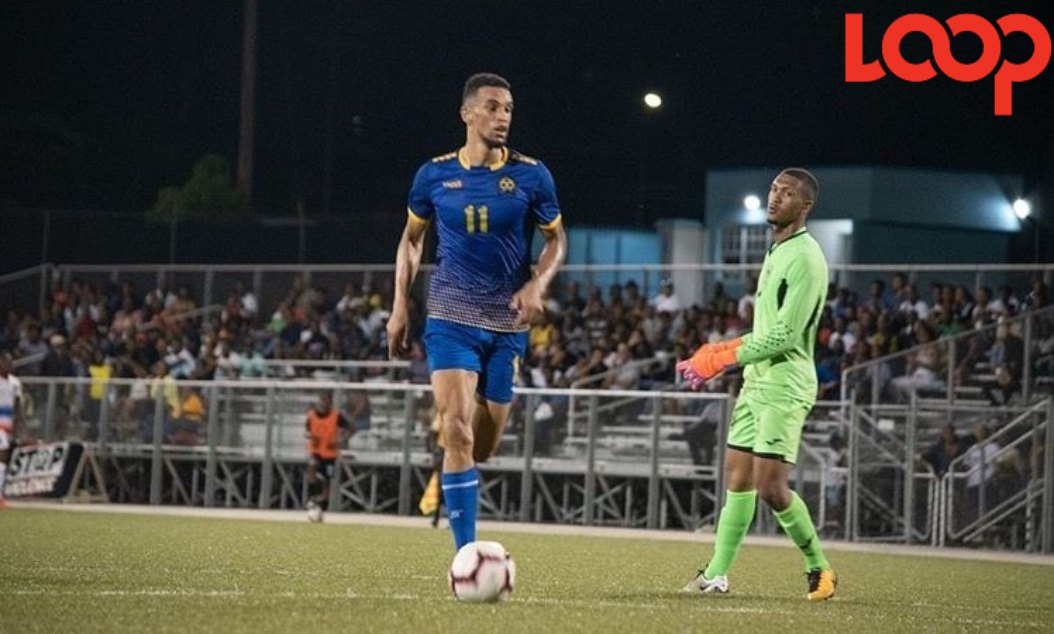 As sports around the world continue to be at a standstill due to the COVID-19 global pandemic, many of the world’s top athletes have displayed and shared optimism and even cheer during the “lock down”.

Some have shared motivational videos via social media, skill challenges and work out videos, not only for their personal benefit but to provide hope and relief to their millions of fans who admired talent and skill throughout the years.

One of those athletes has been Barbados senior men’s forward Nick Blackman, who plays for current Israeli Premier League leaders and reigning champions Maccabi Tel Aviv.

The league has been suspended since March 1, 2020 and Blackman’s club is currently six points clear of rivals Maccabi Haifa with ten matches remaining.

Blackman, has been a hit since he joined the senior Tridents in September last year. He has scored three times already and to complement his goal scoring quality, many have grown fond of his flair, composure and game intelligence.

Like his Barbadian team mates, the former Manchester United Academy player has been forced indoors due to COVID-19, as there have been over 12,000 cases and approximately 140 deaths in Israel.

Blackman said it has been difficult, especially since the league was on the final stretch and his club in a favourable position.

However, the show must go on, and even though the league has been suspended, technology and professionalism is ensuring the players, including Nick remain in fine form.

“The club has kindly given us spinning bikes, so we are doing team sessions over the application Zoom. We do that every day so that it keeps us in the best condition as we can be and you really have to watch your nutrition in these moments of time”, said Blackman.

The Barbados Tridents’ front man said he has embraced the quiet time and used it to participate in activities that may have been secondary due to the season.

He said he is reading more, improving his Spanish language skills and catching up with friends and family via FaceTime and other communication channels.

Blackman has been a significant contributor to Barbados’ promotion to League B of the CONCACAF Nations League and he is looking forward to helping the team reach their first major international tournament, by defeating Guyana in the pending CONCACAF Gold Cup Qualifiers.

Related article :Bajan footballers have their say on COVID-19

He said it is important to take each moment one step at a time and starting with the elimination of the COVID-19 pandemic.

“With Barbados being such a big part of my life and seeing what is happening with the rest of the rest of the world.  I think it’s imperative that we follow the government’s guidelines, which ranges from washing your hands, to social distancing, to staying at home and by doing this together, hopefully we can return to life as we know it.