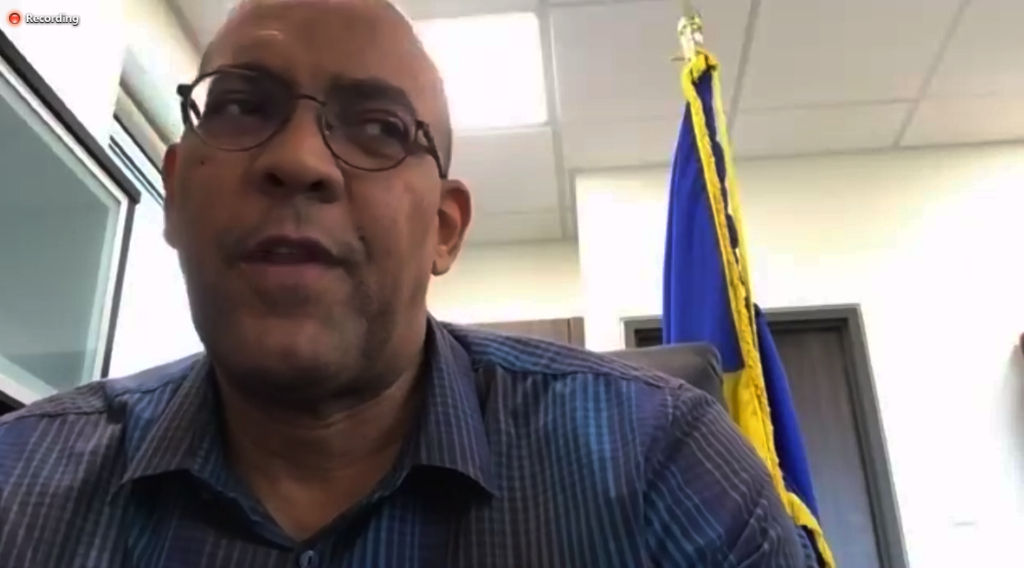 Barbados is still in high demand as a destination for both airlines and travellers.

With many airlines seeking bailouts, downsizing their staff and fleets and even cutting routes from their rosters, asked if any airlines have cut their Barbados route, the Minister said: "I don't know of any that have done that," but, with certainty, he shared that some are adamant that they will keep Barbados as a destination.

Related article :Tourism must pull other sectors out of COVID-19 slump

"Frankly, there is still a tremendous degree of interest in Barbados and one particular airline which has been a longstanding partner has indicated to us in the BTMI in a meeting, that they are very keen on Barbados being the anchor of their resurgence or reopening in the Caribbean."

Therefore as in the past where Barbados has acted as a hub for the region with some airlines, this may continue in some respects. He added: "So that everything or the vast majority of that which they [the aforementioned longstanding partnering airline] do, they want to be anchored around this country.

"So the good news is there is still a lot of demand."

As it relates to the interest amongst travellers, he spoke of "a lot of pent up desire to travel."

With many wondering and questioning who will travel now, the Minister urged: "Tourism is not going to die. It is not going to go anywhere. . . People will make adjustments."

He highlighted the scenario post-9/11 stating that people thought a move to standing in lines and removing their shoes etcetera would have been a deterrent, but it has simply become the new norm. He said, those who are abroad in the United States or Europe or wherever and are dreaming of visiting the Caribbean "will still look forward to doing it and will still do it."

Reminding that COVID-19 has affected all countries, markets and economies around the world, he said when you look at the impact the disease has had on places like Milan, Paris, London, "

"Barbados is not in a category of being less attractive at present, despite our small size, we are one of the most attractive."

Therefore he insisted that we must use this opportunity "to make ourselves more attractive" so that once the starting gates fly open again, "we are able to regain the ground that we had. . .

"The brand called Barbados still means a lot . . . people are still seeking [us]."

And against this background, and with this in mind, he urged that the reality is that now Barbados has to be prepared to accommodate them - the airlines and travellers, in a way that is safe to them and to us. "That is what this Recovery Task Force is about - [to help us] to do tourism in a better, more efficient, and more productive way than we had ever done it before."

The Tourism Recovery Task Force was launched today during a Zoom press conference chaired by the Minister and on Friday, the second initiative Barbados Together, a continuous e-learning programme will get underway to change the stakeholders in the tourism sector whether in the formal or informal sense.

JetBlue answers: How do you practise social distancing on a plane?

Hurricane Centre spokesman: No such thing as 'just a tropical storm'