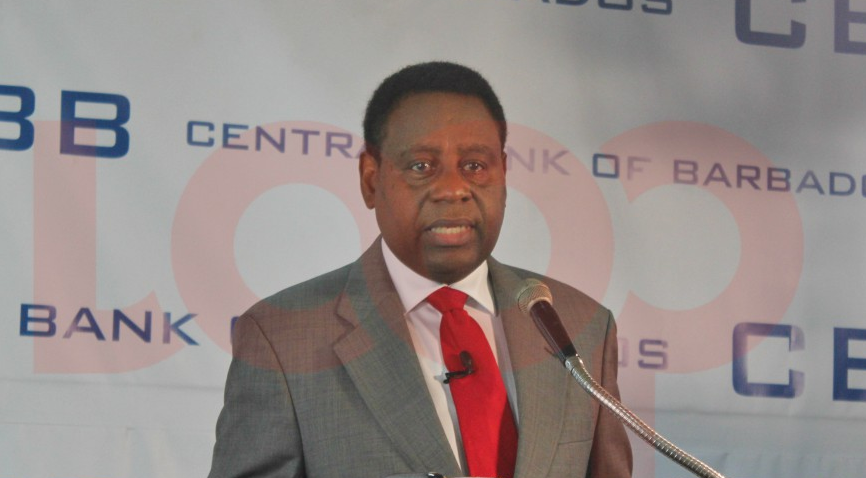 It is this factor which should help regain lost momentum post-COVID-19, according to Barbados Central Bank Governor Cleviston Haynes.

Barbados’ strong international reserves also known as foreign reserves or foreign exchange reserves, currently close to BBD $2 billion, served as a buffer for some of the critical monetary policies and other measures the Government put in place in response to COVID-19.

“Like my colleagues, we were significantly impacted by this COVID crisis,” stated Haynes while speaking during the Forum on the topic of COVID and Economic Policy: Protecting Jobs, Businesses, and the Economy.

Prior to the pandemic, Haynes pointed out that Barbados in the past went through a “period of economic paralysis” faced with falling reserves, sluggish economic activity and expanding debt.

“Over the last two years we worked very diligently to restore the situation to the point where our reserves were rebuilt to comfortable levels,” said Haynes, who cited debt restructuring that lowered debt levels and a focus for 2020 on seeing “modest growth” in the economy backed by investment from foreign investors.

“But when COVID came that basically threw all of our plans askew,” stated Haynes, who noted that primary surplus fiscal projections have now been adjusted down from 6% of the GDP to 1% of the GDP which will be based on the strength of economic activity going forward.

“So rather than getting modest economic growth, we now expect to have a double-digit fall in the output for 2020, and as everybody has seen that has resulted in a significant loss of jobs, loss of revenue for Government,” he added.

Despite these challenges, however, Haynes stressed that Barbados’ reserves remained stable. The Government has been able to get resources from the International Monetary Fund (IMF), and Inter-American Development Bank (IDB), while not really having to sell foreign exchange to shore up its reserves over the past three months. “That I think is a positive sign in terms of the developments that we have had,” he noted about the reserves.

With interest rates low and banks “flush with liquidity” when COVID-19 hit, Haynes said the Central Bank lowered the discount rate, reduced securities ratios for banks, and engaged the commercial banks to provide moratoria to the private sector for their loans. Additionally, the Bank also supported Government's fiscal adjustments as it increased its expenditures for health while providing social safety nets for the private sector including unemployment insurance severance, welfare payments, and other measures to free-up cash flows.

“It is very important for us to have a social safety net in order to protect persons when they encounter these types of difficult situations. But, fundamentally, the issue comes back to the strength of our overall macroeconomic policies which allows us to build buffers to give us the resilience that we need in these situations,” stated Haynes. “So, I think what this COVID situation has taught us is that we need to build buffers such that we are able to be resilient if we are impacted by these types of events.”