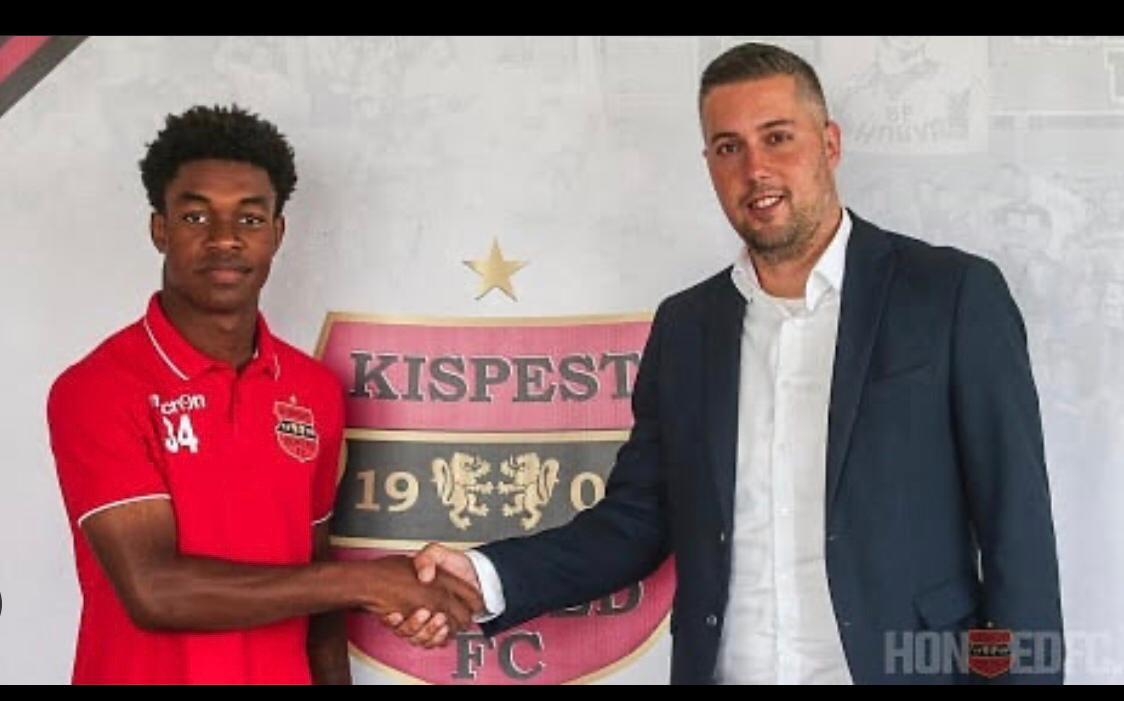 Thierry Gale seals the deal with a handshake.

The 18-year-old forward has committed to Hungarian Premier League outfit Budapest Honved FC in Europe until 2023.

He was slated to make his debut versus Puskas Akademia FC when the league kicked off yesterday, however, COVID-19 concerns in the city of Felcsut forced the cancellation of that opening fixture.

The former St Leonard’s Boys School student departed the island two years ago to pursue his dream of becoming a professional footballer and thanks to qualities such as courage, commitment and concentration, the dream is now a reality for the prolific goal scorer. 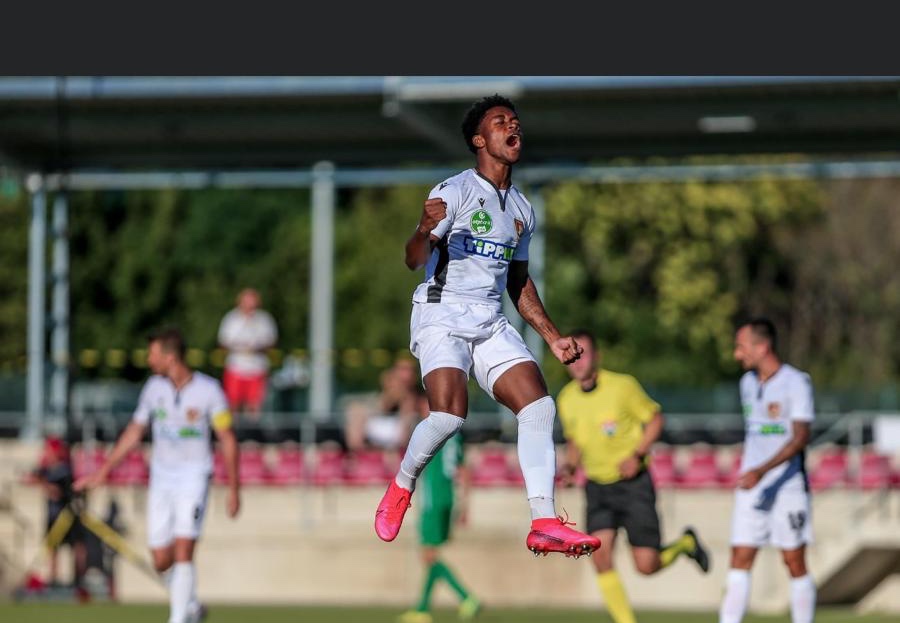 Thierry Gale is regarded as a prolific goal scorer.

Gale made his senior international debut in 2018 at 15 years old versus Bermuda at the Usain Bolt Sports Complex and since then he has gone on to feature for the senior team three more times, adding a goal to his name versus St Martin in a 4-0 win for the Tridents.

Despite scoring just once at the senior level, Gale has been quite fruitful in the junior category since his days at the national U15 level and progressing well into the U17 and U20 team.

In his last international assignment, Gale scored in each of his team’s three matches to lead the Barbados U20 men’s team to the top of Group D of the CONCACAF Qualifiers and into the last 16 of the competition.

Gale exhibited his goal-scoring prowess with Budapest Honved’s senior team during their preseason campaign, scoring some vital goals to support his mature performances and earning a spot on the 2020-21 season roster. We will wear number 34 in his debut season.

If his good form and progression continue, Gale will be on course to making history as the first Barbadian to play in European competition as Budapest Honved are scheduled to kick off their Europa League movement on August 27 versus Finnish outfit FC Inter Turku in round one of the qualifiers.