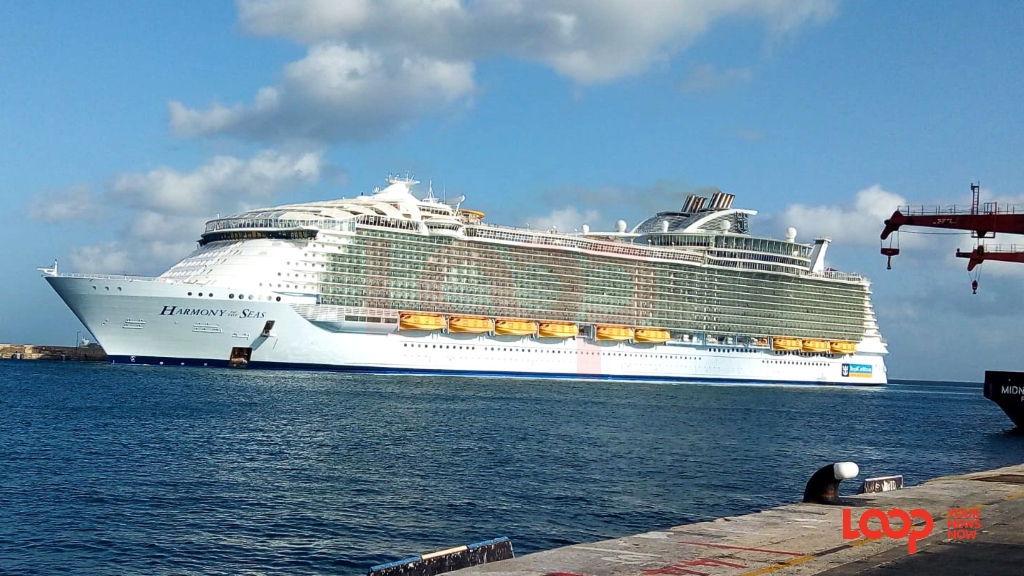 Harmony of the Seas docked in Barbados (FILE)

Of the three finalists in the Destination of the Year category of the 2020 Seatrade Cruise Awards, Barbados came out on top, winning the stellar award.

She said that in 2020 they received a record 133 entries from across the globe and then the independent panel of judges were able to narrow down the entrants to the shortlist. The winners were announced by representatives from the sponsorship partners Oracle Hospitality - the main sponsor, and the individual award sponsors V Ships Leisure and CruiseBaltic.

In the Destination of the Year category, which can be awarded to any region, tourism body or association that made significant strides in promoting cruise tourism in the past 12 months, Barbados went up against St Kitts and Nevis and Cruise Copenhagen.

Video caption: Yong was happy to return to her home in the UK after almost seven months at sea without guests. Royal Caribbean repatriates crew via Grantley Adams International Airport in Barbados (July 9)

"During the COVID-19 pandemic Barbados remained a place where homeporting cruise lines found a safe haven, warmth and hospitality. In addition, ships were able to collaborate with the Bridgetown Port and further destinations to repatriate crew."

Bond said that "This year the quality of nominations surpassed previous standards set" despite the challenges faced by tourism and travel in light of COVID-19.

Video caption: Mexicans repatriated from Barbados were grateful. They said a big 'Thank you Royal Caribbean'.