Battle of the Hits to feature Trinidad vs Dominica 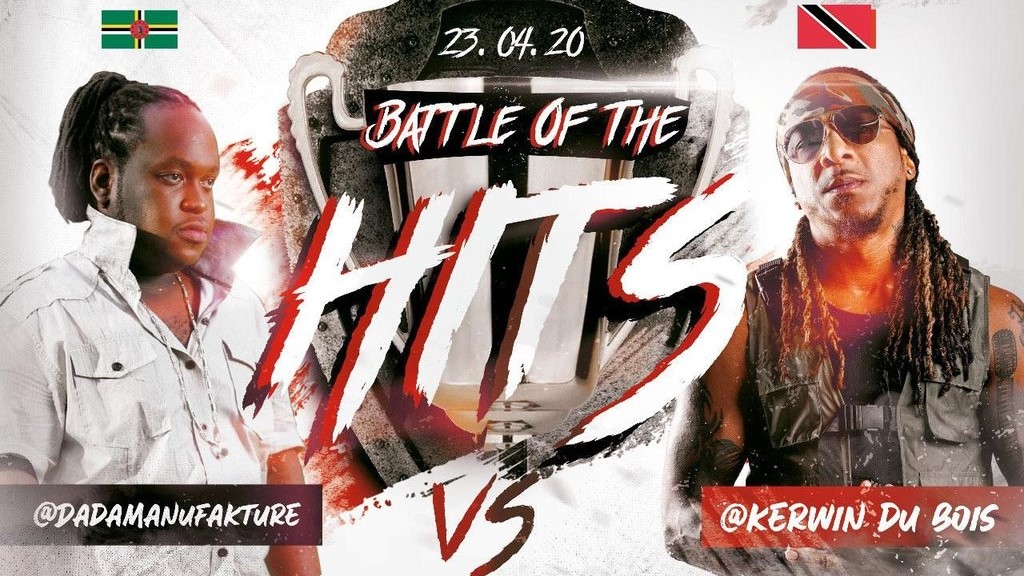 It will be Trinidad versus Dominica when the next Battle of the Hits takes place this Thursday.

Kerwin Dubois and Krishna ‘Dada’ Lawrence will go head to head in the second edition of the Instagram Live clash hosted by Jaiga.

The series, created by music critic Warren McKenzie, is aimed at highlighting soca producers and the music they have created or worked on over the years.

Though he is an artiste, Dubois has written and produced a slew of hits for others among them ‘Possessed’ with himself and Machel Montano, ‘Breathless’ and ‘Tusty’ for Blaxx,  Destra Garcia’s ‘Baddist’, Patrice Roberts ‘I Am Soca’, Machel Montano’s ‘Bubble Nut’ and ‘Illegal’, Shal Marshall’s ‘Gyal Farm’ and Kees Dieffenthaller’s ‘Ah Ting’ and ‘Wotless’ which won the Groovy Soca crown in 2010.

For the clash, each producer is required to play 15 songs. According to the rules, there will be no playback of songs, no dubplates and remixes can be played only by the producer of the track. A winner will be announced after each round.

Battle of the Hits will begin at 8.30 pm on each producer’s IG account @dadamanufakture and @kerwindubois