Blackman and Gollop principal taking a wait and see approach 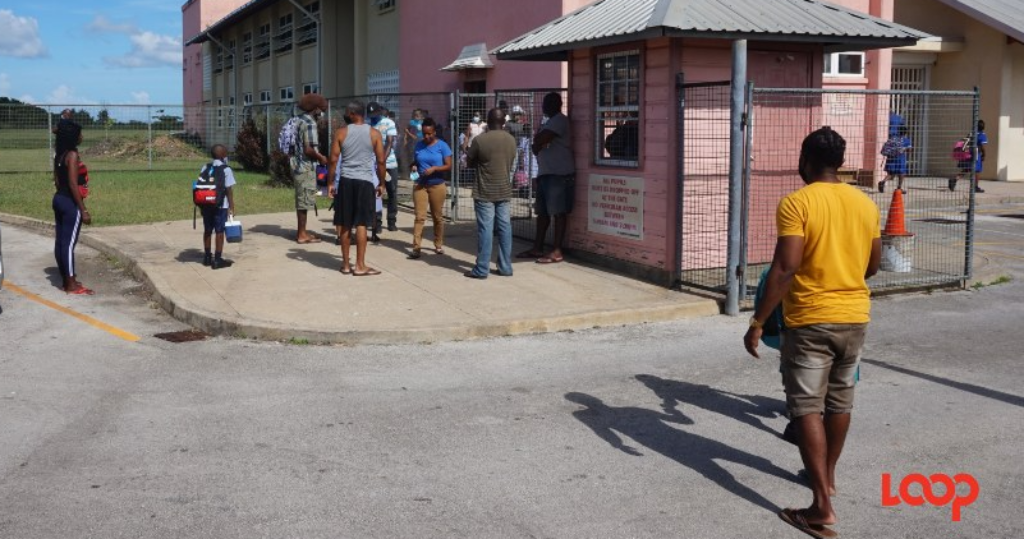 Second day of School for Blackman and Gollop students

This is a huge step being taken by the young educational institution as many parents island-wide have been arguing for this approach.

Besides the Class Four students attending school physically daily, the rest of the school is being taught via the blended approach, that is via a mix of face-to-face and remote learning.

Parents and students whose children are attending school on Tuesdays and Thursdays were on their best behavior as their first day of school kicked off at The Blackman and Gollop Primary School today (September 22). So, in a sense, today was the second first day at the school, with Group 1's Mondays and Wednesdays students having started yesterday (September 21).

Temperature checks and masks were again the order of the day as parents dropped off their children at the gates of the St Michael institution.

With strict adherence to the COVID-19 guidelines being recognized, some parents also took the time to walk their children onto the school grounds.

Principal of Blackman and Gollop Primary, Petrona Holder says that yesterday's rollout went smoothly and they have made every effort to keep parents informed as to the steps involved in their blended learning approach.

"Things have gone pretty smoothly. The parents were notified of the changes. We held a meeting last Tuesday and then we posted the information to the parents so the parents were fully updated on what was to be done. And then the teachers would have done their part in ensuring that the parents know the various groups that the children would have been placed in," Principal Holder said.

Like many of the other principals on the island, she is waiting to see how things go for the week, as it may be too soon to come to any conclusions as to what needs to change in the system.

Thus far there have been no large complaints among parents or teachers with the new approach to school. In fact, parents whose children are between the ages of 10 and 11 are pleased with the decision to give them as much face-to-face time as possible while they prepare for the school leaving examination in whatever form it takes next year.

Gov’t: No tilt observed on the Nabarima; offloading to begin