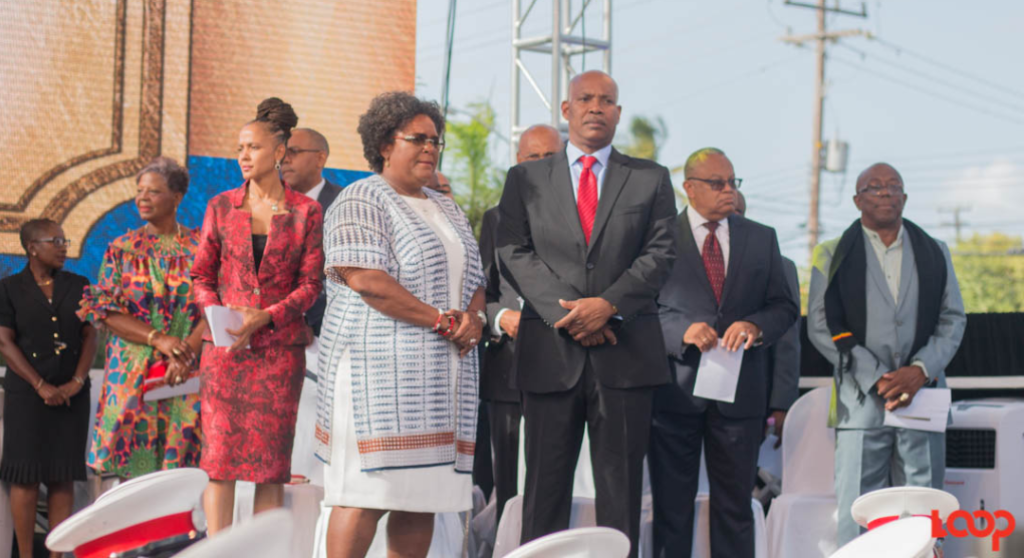 Toni Moore is being heralded as the one who if elected to the House of Assembly can cause the current Mia Mottley-led Barbados Labour Party (BLP) administration to stop or pause, take stock and come again if need be.

After highlighting that Moore is a Governor General-chosen Senator, not an "Independent Senator" as that term does not exist in the Constitution of Barbados, Attorney General Dale Marshall told the people of St George North on Sunday night (October 11) that Toni Moore is not "a pushover".

"Anybody who feels that Toni Moore is a pushover, you don't know the woman!"

He said "I love her" but highlighted that she "upset" him "a lil" because she did not support the Integrity Bill. "She was brave enough as a woman to go to Parliament and say I am not supporting this Barbados Labour Party initiative" and other BLP Bills during her tenure in Senate, he stressed.

He said that she is one who could and would stand up to the BLP administration - the President and Prime Minister Mia Mottley and the General Secretary Senator Dr Jerome Walcott. He said that she would also push back against other members including himself.

"Those are the reasons that we value her candidacy because every single day somebody has to say to a Government that has,  had 30 seats, stop for a minute and rethink what it is you're doing."

In the 2018 General Election the Barbados Labour Party had a landslide victory taking all 30 seats in Parliament on May 24. However, Bishop Joseph Atherley resigned from the BLP, crossed the floor and became the Leader of Opposition. He was sworn in on June 1, 2018.

The Barbados Labour Party has 28 seats in the House of Assembly at present. Atherley represents St Michael West and since Gline Clarke's resignation, the St George North seat is vacant. The St George North by-election is set for November 11.

Moore: 'I will admit I had a view that politics is dirty'

St George North constituents head to the polls on November 11