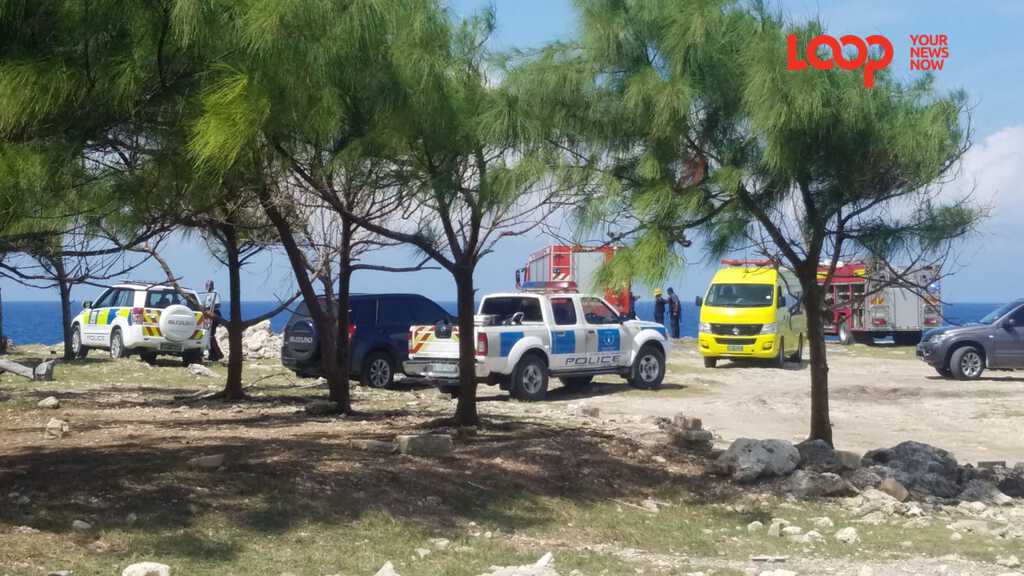 Emergency ambulance services, fire officials and police personnel were on the scene of where a female body was discovered near the Animal Flower Cave.

Police have released the identity of the deceased.

The body has been identified as Celia Hoyte. The 61-year-old is late of Kew Land, Bagatelle in St Thomas.

Police have issued an appeal to the general public for any information which may be helpful in assisting us in our investigation of this matter. A member of the public who may have any helpful information should contact Crab Hill Police Station at 310 -7700, Police Emergency 211, Crime Stoppers at 1-800-TIPS (8477), or the nearest Police Station.

Police have retrieved the lifeless body of a mature female, which was discovered near the Animal Flower Cave in St Lucy this afternoon.

Public relations officer of the Royal Barbados Police Force (RBPF), acting inspector Rodney Inniss stated around noon, police from the Northern Division and Crab Hill Station responded to a report that a naked body was seen at the bottom of a cliff at the eastern side of the Animal Flower Cave.

On arrival at the scene, police personnel were pointed to an area and where they found the body about 70 feet down the cliff amongst several rocks and boulders and very treacherous terrain. Personnel from the Barbados Fire Service and RBPF assisted in recovering the body.

The identity of the female remains unknown.

Police are appealing to the public for any information which may be helpful to the investigation. Members of the public have been advised to contact Crab Hill Police Station 310-7700/ 01, Police Emergency 211, or any police station.

Police have confirmed that the lifeless body of a female has been discovered near the Animal Flowe Cave, St Lucy.