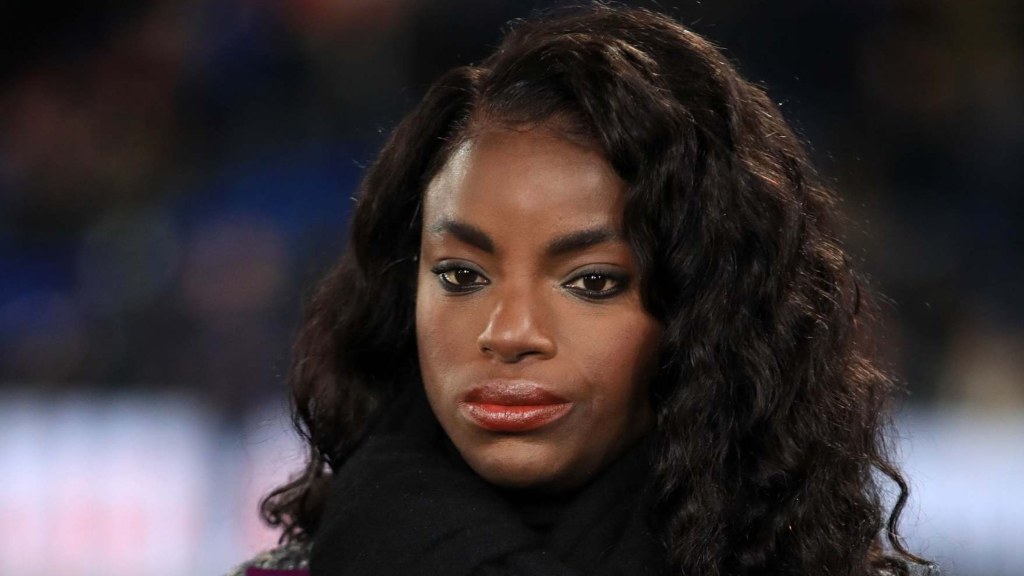 If former British footballer Eniola Aluko stands by her tweets, she will not be returning to the Gem of the Caribbean - Barbados, after this vacation which included a COVID-19 PCR test, walking out of quarantine before getting a result, a police investigation and a Magistrate's Court visit.

And that's before her vacation even got truly underway.

"This is my 2nd and last time in Barbados.

"An island I love and appreciate. I'd now like to continue enjoying my holiday in peace."

She tweeted this after saying that she has tried to make apologies "for this error."

The internet has been filled with outrage and criticisms for how she handled Barbados' COVID-19 protocols when her result took longer that the indicated time.

Aluko took to Twitter to clear the air over her reported court appearance in Barbados on Saturday due to breaking COVID-19 protocols on the island.

The story of her breach from quarantine on Friday was documented on online and plastered across various media including reports in the British news. Members of the Royal Barbados Police Force were conducting investigations into the quarantine breach from Friday evening.

The Aston Villa Executive issued a statement of sorts in a thread on Twitter two days later. She unblocked her Twitter and attempted to shed light on the events that transpired.

She said that she followed all the rules. Aluko explained that she knew she had arrived with a negative COVID-19 result and was awaiting the results of the test she had done on arrival to Barbados.

"I followed all the rules coming into Barbados and arrived with a negative COVID test result and did another test on arrival... I understood that I would have to stay at the quarantine hotel for a maximum of 8-12 hours and would be informed of my result via my contact details after I waited 16 hours. The quarantine hotel were aware and did not prevent me from leaving wearing a protective mask," Aluko stated. 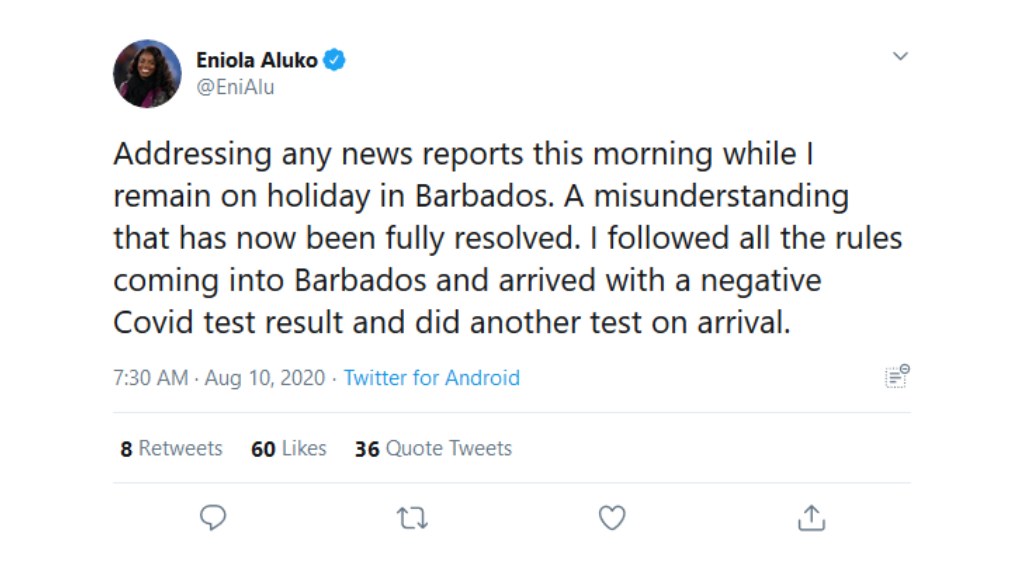 Taking the delay as just cause for leaving the facility, the ex-footballer for Chelsea, Juventus and England went on to say it was all just "a misunderstanding" on her part and she was willing to pay the fine. She appeared at the District 'A' Magistrate Court in Barbados' capital city - Bridgetown.

"It was my misunderstanding and honest mistake which the Barbados authorities quite clearly understand, to the extent they refused to let me pay a fine which I offered for my honest mistake.  I have tested twice a week for 4 weeks, all my results negative. Which means for over 6 months and in between my tests I am as respectful and careful of COVID-19 protocols as anyone. I will take serious issue with any suggestion otherwise despite my apologies for this error," Aluko said. 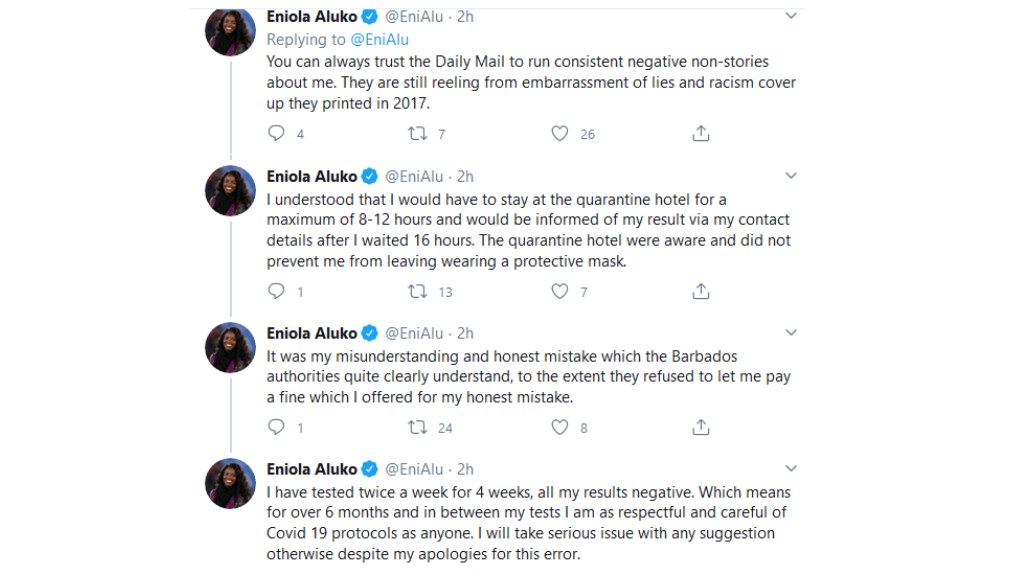 The author of 'They don't teach this' followed her tweets with a photograph of herself standing laughing on a beach in Barbados with a caption that said she is trying to focus on enjoying her holiday. She has since deleted numerous tweets and reblocked her Twitter.