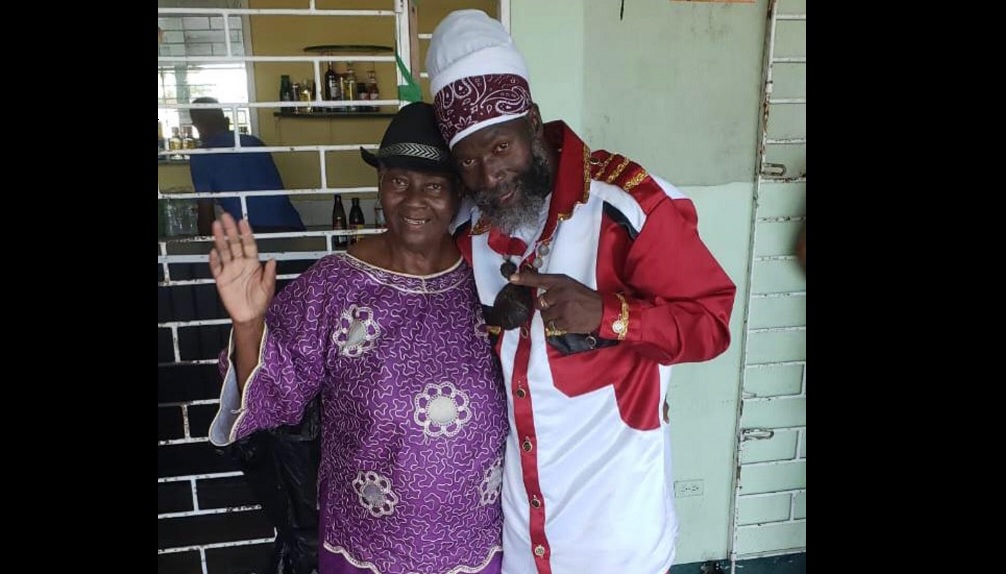 Reggae and dancehall star Capleton is still trying to come to terms with the death of his mother, Mabel Downer-Forbes, affectionately called 'Mama Live', who was laid to rest over the weekend.

At the funeral service, held Saturday at the International Church Of The Foursquare Gospel Church in St Andrew in Jamaica, Capleton sang 'Mama You Strong' in tribute to his mother. In an interrview with Loop News on Monday, an emotional Capleton explained the genesis and backstory of his moving tribute, sharing a personal story of how his mother saved him twice at key moments in his life.

"It is a true life story, everything me say in it is real, my mother is a super mother, the kind of mother where no one has anything bad to say, anyone who ever knew her, or got the chance to meet her, would say she is one of the best woman, she is like every mother's child," he told Loop News on Monday.

"I had some real memorable moments with mom, she saved me from drowning when I was just  7.  I fell into the river, she had told me to leave the fish alone, but you know how kids are, when her back was turned, I fell in, and when she realized, I was about to take the last gasp, the powers of the Almighty told her to look around, and she jumped in, saved me, she even pumped my belly, and the water ran out of me.

"She was nervous, I was her first born, when I regained consciousness and saw the look on her face, I saw the love," he said.

Capleton's mother delivered another assist to her first born six years later when he found himself homeless and destitute.

"I had gone away with my dad to Islington, and I ended up on the street, it was hard, I was about 12 at the time. She had come to the Islington for a funeral, the whole community was there, she picked me up in a bus that came to the funeral.

"I was so afraid and ashamed to  face her, my pants were ragged, no strings, my shirt had no pocket, no sleeve. I didn't want her to see me in that state, but she hugged me and cried, and everyone in the bus was crying, I was trying to tough it out, but the emotion, the way she hugged me...it was too much," he said.

Capleton said it will be a long journey to heal from this particular bereavement.

"I am really hurt, to miss a loved one is not an easy task, but missing a mother, it's like you are losing everything. I wont get over it, but I know I will get through, with the powers of Almighty. She got a nice send off, she loved her church and she loved the Creator. I know she is in a great place," the veteran artiste said.

He thanked members of the entertainment fraternity for their support.

"I want to give thanks for the support from family and friends. Bless up to Fantan who came to the funeral, Sizzla called me and give me strength, big up Shabba Ranks anywhere he is in the world. Ninjaman sent his love, Iba Mahr came to the house, at the funeral, I saw Ikaya, Luciano, Josie Wales, Ibo Cooper, ah just love same way; also big up DJ Khaled," he said.

Munga Honorable has also been supportive of the deejay in his time of bereavement.

Downer-Forbes died suddenly on May 28 aged 73.

She was a devout Christian, and was a member of the Cassia Park FourSquare Gospel Church, where the service was held. The body was interred in Watt Town, St Ann where she grew up.

Downer-Forbes, who was diabetic, resided with her son and other family members at his house in Cassia Park, St Andrew in her later years.