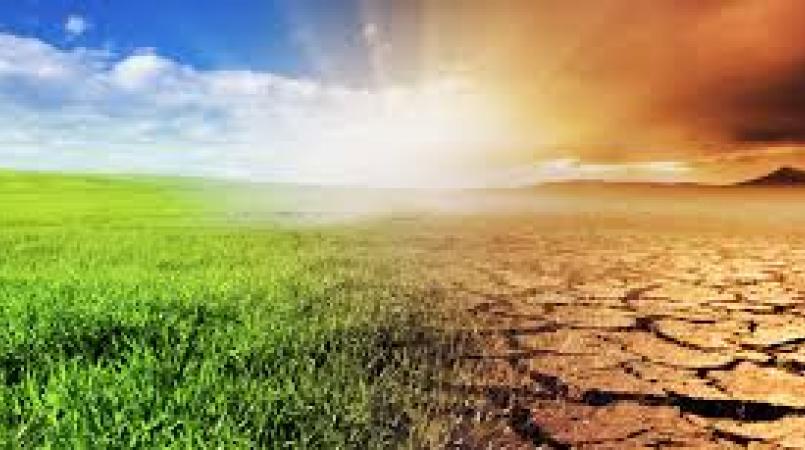 Rising sea levels, warmer oceans, an increase in hurricane activity, decreasing rainfall and an increase in diseases are among the issues facing the Caribbean due to climate change.

These were some of the issues outlined at the Virtual Island Summit’s panel discussion on Climate Change, COVID-19 and the Caribbean – Civil Societies Role in SIDS on Saturday.

He said within the Caribbean, temperatures have risen one degree Celsius since 1960 to the present as well as a decline in rainfall over the last 100 years. However, he said, they are seeing that rainfall is occurring in a shorter period but in heavier bursts.

He said sea levels are rising, citing a report in Belize that said a beach has eroded vertically over 200 yards, wiping out homes and flooding a road. It is a scenario playing out across the region and it will only get worse, he said.

He said rising temperatures and lower rainfall will negatively affect agriculture and food security with20 percent less production of rice, maize and beans.

“We will probably resort more to the importation of food and the Caribbean is already a huge importer of food,” he said, noting that according to CARPHA we are one of the most obese regions in the world because of the processed foods we are eating.

Fuller said looking at hurricane activity across the region in the last ten years, the region has experienced 40 tropical cyclones, with 12 becoming hurricanes.

“Of those 12, eight were intense hurricanes, categories three, four and five. We have never seen that small discrepancy between hurricanes and major hurricanes but we are seeing it now,” he said, referring to Hurricanes Irma, Maria and Dorian.

Fuller said there is also a rise in vector-borne diseases in the Caribbean with Trinidad and Tobago and Barbados leading the region in incidences of leptospirosis. Only the Seychelles, he said, has more.

Fuller echoed a lot of what was presented by James Fletcher, moderator of the panel and Managing Director and Founder of Soloricon.

Fletcher called for everyone to play their part in addressing the issues.

He said some of the things we are doing domestically are worsening the effects of climate change.

“We have to protect our land based eco systems, better land use plans, how we build, where we build, we can’t continue to build hotels and high density infrastructure along the very same shorelines we know in 20, 30, 50 years will be inundated by sea level rise and storm surge,” he said.

He said we must invest in resilient public infrastructure, install early warning systems, adopt an evidence based approach to policymaking, and empower civil society with more resources and inclusion in policymaking.

In her presentation, Rueanna Haynes Senior Legal Advisor for Climate Analytics, said with COVID-19 presenting a dual crisis, there is a need to frame a recovery plan in that context.