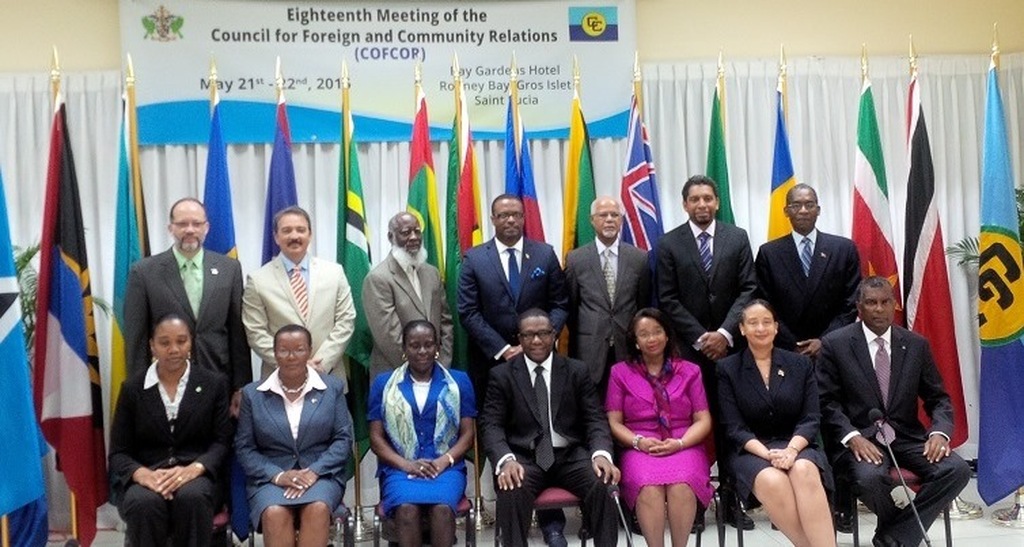 CARICOM in Barbados discussing foreign and community relations in Barbados.

The Twentieth Meeting of the Council for Foreign and Community Relations (COFCOR) will open tomorrow, Thursday, May 18, in Frangipani Room at the Lloyd Erskine Sandiford Centre (LESC), Two Mile Hill, St. Michael, at 9:00 a.m.

Secretary General of the Caribbean Community (CARICOM), Ambassador Irwin LaRocque, will also address the gathering of regional Ministers of Foreign Affairs and Heads of Delegation.

Following the opening ceremony, the plenary sessions of the CARICOM Foreign Ministers will discuss, among other things, A New CARICOM Diplomacy for a Changing International Environment; Post-Cotonou Partnership and the Future of the ACP – Strategic Approach; and The Way Forward on Trade and Development Cooperation with a Post- Brexit United Kingdom.

The Foreign Ministers will also reflect on engagement within CARICOM during the retreat component of the meeting, themed: Community Engagement for Regional Sustainable Development.

The meeting will close on Friday, May 19, with a media conference slated for 5:00 p.m. at the LESC.

The COFCOR meets formally once each year and is responsible for determining relations between the Community, international organisations and Third States.

All decisions emanating from the meeting will be tabled for consideration and approval at the Thirty-Eighth Meeting of the Conference of Heads of Government of CARICOM, to be held in Grenada from July 4 to 6.