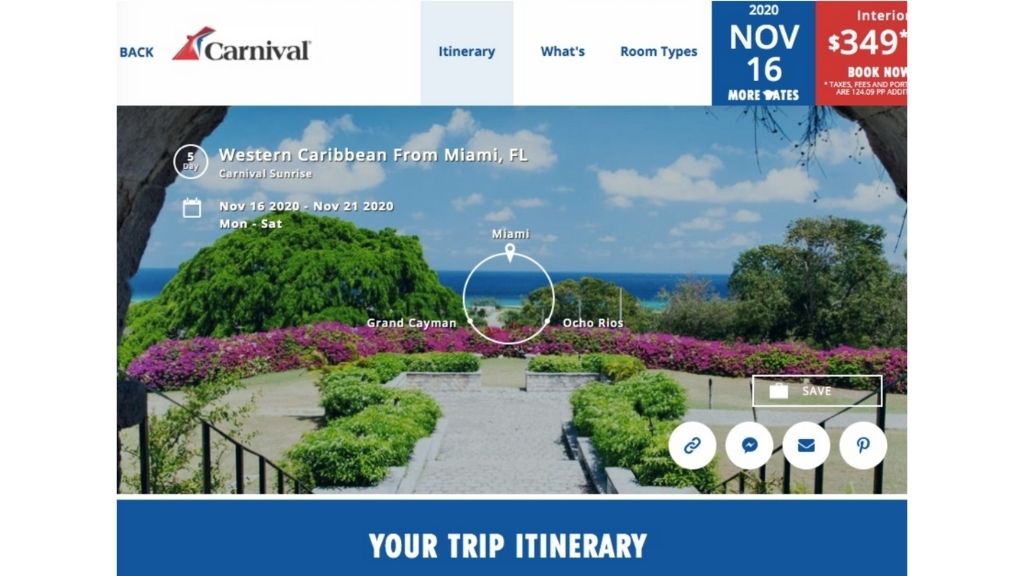 As countries impose lockdowns and close borders and the Centers for Disease Control (CDC) issues no sail orders, the cruise industry is facing a historically tough challenge. Carnival Corporation, which has nine different cruise brands, has announced that it expects to see a whopping loss of around $3 billion in the third quarter of 2020. But a few searches on its website reveal that it is still doing whatever it can to stay afloat, including selling cruises to at least one closed port-- The Cayman Islands.

Cayman's Minister of Tourism, Honourable Moses Kirkconnell has said that amidst health concerns, the cruise industry will not reopen until at least 2021 and according to Condé Nast, The Cayman Islands "has become the lone Caribbean nation to voluntarily turn away cruise ships."

A September article from the upmarket travel magazine states that, "No doubt the country risks taking a hit from the decision: As one of the most popular Caribbean cruise destinations (the third largest, based on annual passengers), the cruise industry spent $224 million in direct expenditures in the Cayman Islands in 2018 and employed 4,622 people in the destination that year, according to the Florida-Caribbean Cruise Association’s Economic Impact on Cruise Tourism 2019 report."

While there is no way to tell whether coronavirus first came to The Cayman Islands via the cruise industry, the first recorded case of the virus and its only death arrived by way of a cruise passenger. Further, as one of the first ports to exercise extreme caution with respect to the virus, when the Ministry of Health stopped allowing cruises to make stops in the Cayman Islands, it was publicly slammed by the cruise industry.

On July 16, The Centers for Disease Control and Prevention (CDC) announced the extension of a No Sail Order for cruise ships through September 30, 2020.

On September 21, a petition signed by more than 50,000 people was submitted by environmental advocacy organizations, including Cayman's "Protect our Future", to the U.S. Centers for Disease Control (CDC) to extend its no-sail order for cruise ships, due to the risk that resumed operations would pose to public health and the environment.

Carnival Corp. announced in a third-quarter earnings filing that it plans to sell 18 cruise ships in 2020, which amounts to 17 percent of the company’s ships.