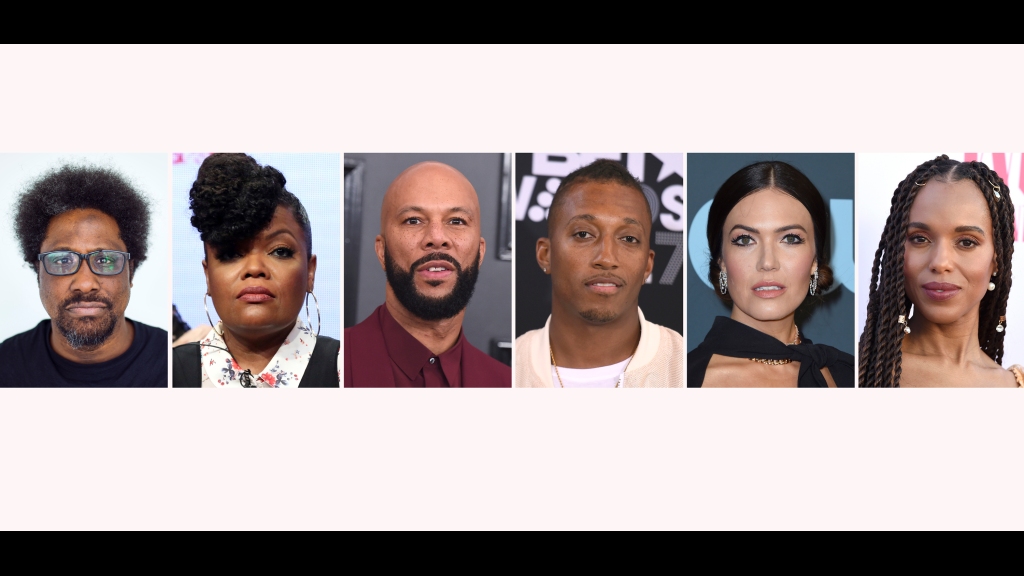 For months, actors, sports stars, musicians and other celebrities have been using their platforms to call for justice in the police shooting death of Breonna Taylor, including at Sunday's Emmy Awards. Her picture was used on the cover of O:T he Oprah Magazine this year and even Beyoncé sent a letter to the Kentucky Attorney General asking for justice.

After a grand jury on Wednesday indicted one of the Kentucky police officers on criminal charges, but not for her death, many celebrities and sports stars decried the decision.

Kentucky Attorney General Daniel Cameron referenced the calls from stars and their likely reaction during his remarks, and urged people to keep protests peaceful.

"There will be celebrities, influencers and activists who having never lived in Kentucky will try to tell us how to feel, suggesting they understand the facts of this case, that they know our community and the Commonwealth better than we do, but they don't," Cameron said. "Let's not give in to their attempts to influence our thinking or capture our emotions."

Here are how some stars and athletes reacted to the decision.

"It's all kind of numbing. On one hand it's like I KNOW I'm not crazy there's a real problem in our country. On the other I'm sad that everyone doesn't see it and some don't want to. Of course I know God is at work. It's just tough to process it all. #BreonnaTaylor" — Lecrae, recording artist, via Twitter.

"I don't have many words right now.... but all I can say is I'm praying for the city of Louisville right now!!!" – Donovan Mitchell, NBA player, former Louisville Cardinals player, via Twitter.

"'To be a Negro in this country and to be relatively conscious is to be in a state of rage almost all of the time.' James Baldwin. #BreonnaTaylor" — recording artist and actor Common, via Twitter.

"Daniel Cameron is on Donald Trump's short list as replacement of #RGB on the Supreme Court. The same man who decided to not charge the officers responsible for killing #BreonnaTaylor. Vote." — Kerry Washington, actor, referring to Kentucky Attorney General Daniel Cameron, via Twitter.

"No. Officers. Charged. In. The. Killing. Of. #BreonnaTaylor. One. Was. Charged. For. Endangering. But. NOT. Killing. Her. Neighbors. #MakeMeWannaHollerAndThrowUpBothMyHands." — actor Yvette Nicole Brown, actor.

"I don't have the words. #BreonnaTaylor and her family deserve justice." — actor and recording artist Mandy Moore, via Twitter.

"This is why police need to be defunded and ultimately abolished! We time and time again hope for a sliver of justice but why would we get that when the system is designed to protect the very folks that are murdering and terrorizing us. This isn't a bad apple, it's a rotten tree." -- Layshia Clarendon, WNBA player for the New York Liberty, via Twitter.