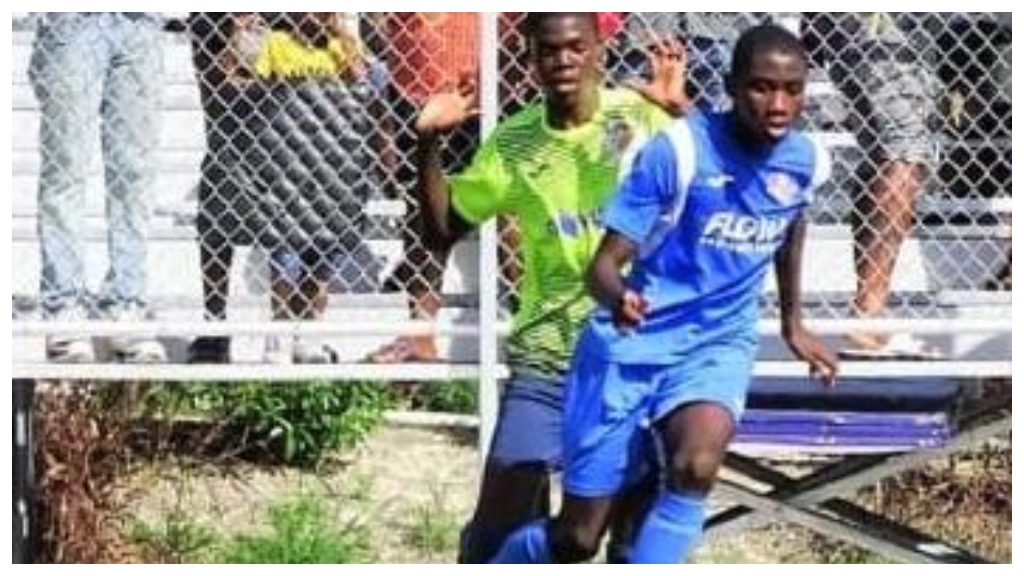 The year 2020 has been one of manifestation for many and Jelani Chandler seems to subscribe to this belief as well.

However, he not only spoke his success his dream to reality, he did something that many forget to include.

"Speak it into existence and work for it [too]!"

These are the words of 17-year-old footballer Chandler who was recently awarded a soccer scholarship to the Southwest Virginia Community College, where he will study Business Administration over the next two years while representing the ‘Flying Eagles’ Men’s soccer team.

Chandler is one of five players from Mavericks Sports Club who have benefited from their Global Exposure Initiative programme and will be kicking-off his collegiate career in January 2021.

The versatile national U20 player said he is extremely grateful for the opportunity provided by Mavericks who he has represented for the past five years.

“I am extremely elated because this is something I’ve wanted since Mr. [Marlon] Harte told me about Najee Holder, a former Combermerian, like myself, who I look up to, obtained a scholarship and all the work he put in to achieving it.

Now that I have been awarded with a similar opportunity, it feels really good”, said the shy Chandler.

Chandler stated that attaining the scholarship has brought great joy to his heart not solely because he worked tirelessly to be ready for it, but he prayed a lot and told his parents Sophia Rollins and Michael Chandler when he was just in primary school, that he will earn a scholarship at age 17; and so he did.

With four youth national caps under his name, Chandler will be aiming to break into the starting 11 of the “Flying Eagles”, where his versatility and skill on the pitch, accompanied with his academic excellence will see him earn a place in a United States university and ultimately become a professional footballer.

The humble Bush Hall youth said the opportunity would not be possible without some positive influences in his life.

“Some of my biggest influences would be Andre Gill, my first coach. Marlon Harte, my coach at Combermere who put in a lot of time, energy and faith in me and helped me to mold my style of play.  Renaldo Gilkes, who has one of the highest football IQ’s I know, who is helping me to refine my skills.

My club coaches Deighton, Carlos, Nicholas, Pedro and Peter, as well as coaches Robert and Ricardo from Deacons, Russel Latapy and Kent Hall.

Other players have also benefitted my development, such as; Kemar Marshall, Devonte Richards, Roshon Gittens, Mario Harte and Thierry Gale".

Chandler advised young sportsmen to work hard at their craft and in the classroom, while remaining patient, however, not passive.