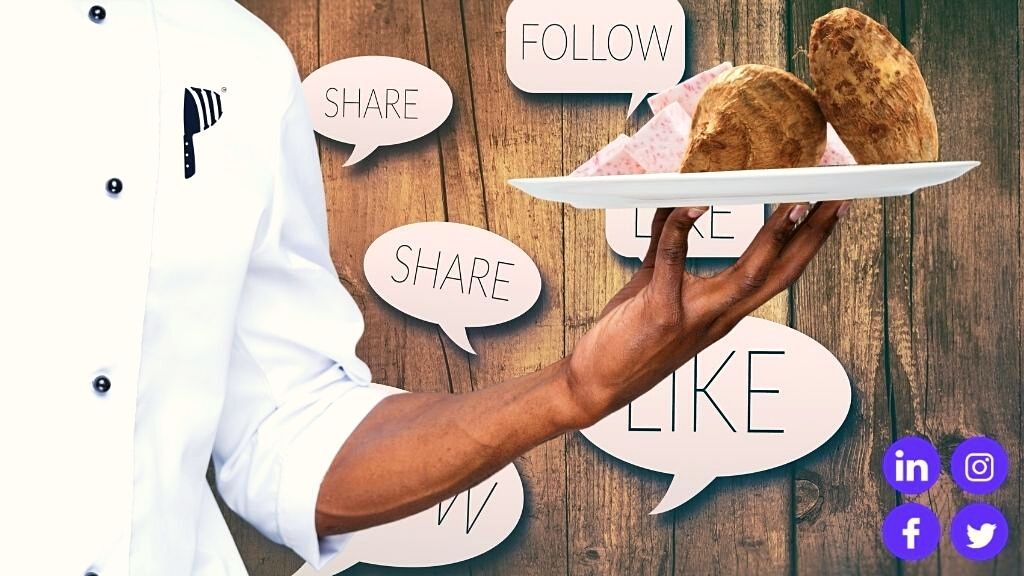 This past Friday, if you came across the hashtag #DasheenMVP while perusing social media, or saw a random message about dasheen on WhatsApp, it would not have been a coincidence.

As Loop News previously reported, this World Food Day, Chef Peter Ivey and his charity, Mission:FoodPossible were on a mission to promote underutilized crops in an effort to raise the popularity of these foods and fight food insecurity.

This "experiment" saw a food security activist, a food entrepreneur, a popular chef, a baby influencer, a socially-minded PR firm, the Jamaican government and countless other social media users in at least four different countries team up to raise awareness around underutilized crops.

What crop was chosen to benefit from the experiment?

The seeds of "this little project" as he calls it, were conceived in the mind of chef and food security activist, Peter Ivey, when he was asked,"What would a regional promotional campaign for a crop look like," at his recent presentation at the OECS Sustainable Development Conference 2020.

“My answer to this question is always the same,” he says. “It will take a buy-in from all stakeholders in food, a collaboration of the private sector, public sector, chefs and influencers. Especially in the age of COVID where awareness of any sort will have to be done virtually.”

Project “Dasheen Activation” as it was dubbed got a huge boost when Jamaica’s Ministry of Agriculture and Fisheries premiered a video on all social media platforms showing Agriculture Minister Floyd Green making dasheen dishes with Mission:FoodPossible. At the time of publishing this story, the video had racked up thousands of views and comments on dasheen across a varity of platforms.

Popular Jamaican Chef, Stephen Hamilton got in on the act with a simple but exquisite creation using dasheen, ginger and scallion. Hamilton even posted a short video describing his creation on his Facebook page.

Jamaican PR Firm, Candelstone Ink Media known for championing social enterprise and a variety of causes was instrumental in encouraging social media users to drop a line about dasheen using the hashtag.

"I am a big believer in what Mission:FoodPossible is doing and I thought it was a great idea! I couldn't say no," said Candlestone Ink Media CEO, Kith-Ann Excell.

“So many of Azariah’s followers are located in other countries I felt like I spent the entire day explaining what dasheen was to everyone, but I loved it!” Said “Momager” Kerry-Ann Tracey.

Ivey, who is about to launch his second children’s book entitled, “Dasheen Island” said, “This is a microcosm of what can happen if concerted efforts are launched to raise awareness around crops that are primed to help us eradicate hunger and food insecurity. When we work together wonderful things can happen, as evidenced by the many conversations people are now having about dasheen."