Citizens urge Health Minister to 'get some rest' after photograph 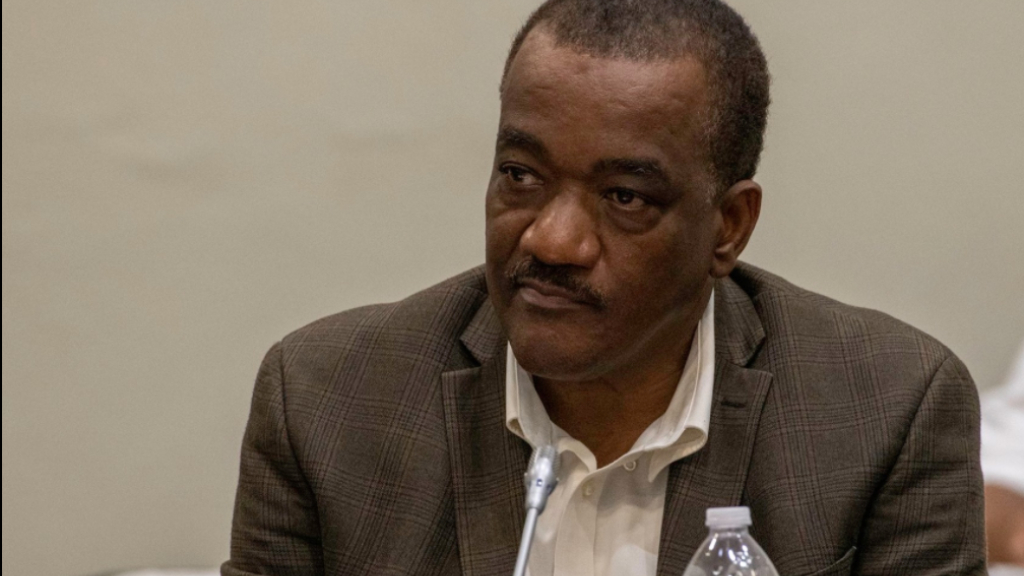 Barbadians are on social media urging the Minister of Health and Wellness, Lt Col Jeffrey Bostic to get some rest.

The appeal came after a photo was taken of the Health Minister and published on the Prime Minister's social media. This is not the first time concerns have been raised about a health official during this COVID-19 pandemic about a health minister or chief medical officer 'looking tired' in the public's eye. This has been occurring globally.

The main worry expressed by the commenters in Barbados was that the 59-year-old Member of Parliament looks as though he needs to get rest.

Persons asked if the Minister "is okay", while others commented that he "looks tired", "looks worn out" and he "needs rest". Some even begged, adding a "please," as they advised the minister to take some time to rest.

One person said that the country could ill afford the minister not to be operating at 100 per cent:

"Minister Bostic. Off home and to bed with you lad. Three days minimum. It'll not help if you wear yourself ragged and make you more available as a CoVid [sic] friend Sir! We'll be good & careful ... right Nation?"

Minister Bostic has been on the frontlines from Day One of this COVID-19 pandemic fight, even before it reached Barbados' shores. He was then the first to deliver the heartbreaking news that two persons had tested positive for COVID-19 on island. He delivered that news in an address to the nation on March 17.

Bostic has led many a COVID-19 update press conference and has been touring the various isolation and quarantine facilities while welcoming medics from Cuba and working with various ministries to ensure that the health and safety of persons are taken into account at every turn.

The Ministry of Health is at the centre of all things COVID-19 as health officials have been providing guidance to see a return of Barbados to some semblance of a new normal.

Of course, the photo is but one still image from a meeting of the Social Partnership chaired by the Prime Minister of Barbados Mia Mottley, and cannot give a full picture.

Others took a moment to commend the Health Minister on his efforts to date - "Awesome Job Boss!!!!"

But Barbados' Health Minister is not alone though in this sphere.

Down under in Australia on March 6, the Chief Medical Officer Brendan Murphy, who was to leave his post and start a new career journey replacing the former Health Department Secretary, stayed on to lead the country through the COVID-19 outbreak.

He too was highlighted as looking tired on occasion.

In reply, one Sydney Morning Herald news reporter wrote: "If he looks tired on screen, it's because he's been on duty around the clock, attending briefings in Canberra's Parliament House as late as 10 pm while playing a central role in the nation's emergency action plan."

Persons there were saying that Murphy looked tired on television, the reporter went on to say: "A few months ago, Brendan Murphy could have walked down the street without being recognised and many may not have even known that Australia had a chief medical officer. But after more than six weeks of near-daily, televised press conferences to update the public on the global spread of the coronavirus known as COVID-19, Murphy is now a household name."

On March 18, the Dutch Minister for Medical Care Bruno Bruins in the Netherlands collapsed during a coronavirus debate.

Afterwards, he took to his Twitter and wrote in Dutch: 'Thanks for all your support for just now. I suffered from fainting from exhaustion and intensive weeks. Now things are going better again. I'm going home now to rest tonight so that I can get back to work tomorrow to fight the #corona crisis as best I can."

On April 3, the Express in the United Kingdom published an article entitled 'Boris to remain in isolation - as exhausted-looking PM issues desperate plea to Britons'.