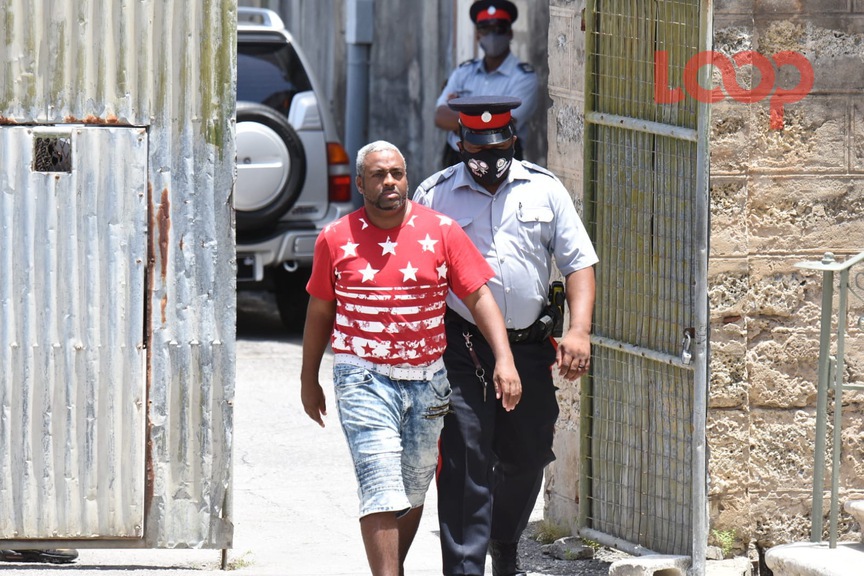 Out of the 29 persons arrested for socially gathering at Club Paris, Crumpton Street, St Michael and breaching the curfew on May 15, only 40-year-old Dwayne Fenty of Emerald Park West, Six Roads, St Philip pleaded guilty.

The outside of the District 'A' Magistrates Court was utter chaos on Saturday morning as family and friends awaited the court case of the 29.

Chief Magistrate, Ian Weekes who was presiding the case, described it as "bare foolishness", as eight females and 21 males were ushered in for violation of the Emergency Management (COVID-19) Curfew Directive (No 4) 2020, in that there being a curfew imposed in Barbados requiring every person to remain indoors between May 3 and midnight May 17, between the hours of 8 pm and 5 am.

Fenty explained he stopped at the Crumpton Street, Bridgetown, St Michael club to drop off something and was offered a drink. He then took this opportunity to greet some of the patrons who were in attendance when police descended at 7.15 pm and arrested everyone present.

In a forceful but authoritative tone, Magistrate Weekes stated that the 40-year-old should have known better.

"You gone to a  place to drop off something, a bashment going on, you take a drink at the people bashment where people are socializing. Well, I thought you would drop off the thing and say, 'These people mad or what? What going on here? Let me get from bout here and these people bunch up so and drinking drinks.' Instead, you gone and receive a drink at the bashment, so sir it isn’t making any sense," said the Chief Magistrate.

Club owners - Stephen Ernest Walcott of Cottage Heights, St George and Corie O'neale Holder of Elizabeth Park, Christ Church pleaded not guilty and were granted bail in the sum of $3,000 and are to reappear at the District D, Cane Garden, St Thomas Court on August 12.

The other 18 male accused included;

The accused besides the two owners are required to reappear between July 21 and August 12 and they were given a court order curfew of 6 pm to 6 am.

Editor's Note: Previously, police had mistakenly recorded the accused as 22 males and seven females because one of the females had a masculine sounding name.

12 activities Bajans are missing due to COVID-19 curfew, restrictions