Coronavirus: LaLiga clubs return to training in groups of 10 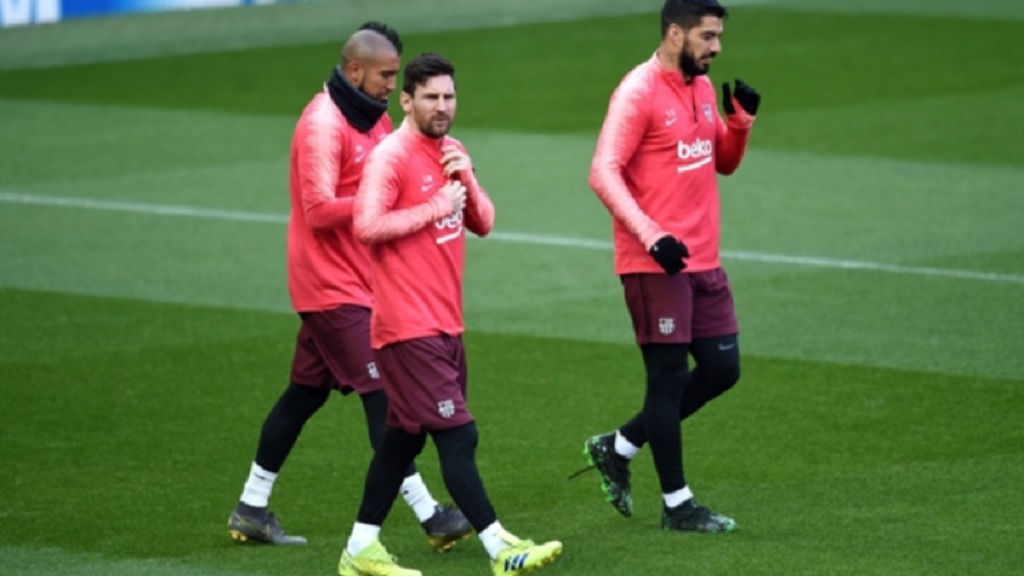 Barcelona players at a training session.

LaLiga clubs have returned to training in groups of up to 10 players.

Barcelona and Atletico Madrid were among the teams to post photos from the next phase of the Spanish top flight's attempted return early on Monday.

Following LaLiga's coronavirus hiatus, players were allowed to resume individual work from May 4 as the country began to de-escalate its lockdown measures.

Although strict guidelines are set to remain in place for Madrid and Catalonia over the coming weeks, the lockdown is being eased in many other regions of Spain.

And in accordance with government regulations and protocols, clubs are now able to resume group sessions at their training bases.

Initially, teams will be required to work in groups of no more than 10 players, but they are still not permitted to use changing facilities and must arrive and leave individually.

The groups must work on different pitches, or at the very least in opposite halves.

LaLiga confirmed "group training may be carried out by all clubs, regardless of the de-escalation phase of the province in which they are located". Strict preventive and safety guidelines are in place.

"This is a significant step forward on the road towards restarting professional football in Spain, which has been on hold since March 12 due to the COVID-19 pandemic," read a statement from LaLiga.

The league's president, Javier Tebas, who is aiming for a June 12 restart, told Movistar's El Partidazo: "The start of the next phase in LaLiga's Return to Training protocol is another step towards the restarting of the competition.

"It will be good to be able to set all training routines on an equal footing. It's very important that every club have the same chance to be in good shape.

"It's not essential, but it's very important and we're grateful that it will be like that."

Tebas hopes football can be played every day once LaLiga returns in order to finish the season, saying: "That is what I hope.

"We shouldn't have any problems playing on Mondays across the eleven rounds of matches we have left to play. I hope for some sense from the Royal Spanish Football Federation on this.

"It's very important for us to be able to give both our national and international broadcasters, and fans across the world, football on as many days as possible to ensure as little disruption as possible."

He also welcomed the return of Bundesliga action at the weekend.

"I'm very happy, and I've congratulated them because they've taken a very important step," he said.

"We've worked hard on this together over the past months, we've exchanged protocols, ideas, we spoke once or twice every week.

"I'm very proud of the Bundesliga. It wasn't easy; they were the first to get up and running and they're an example to follow."