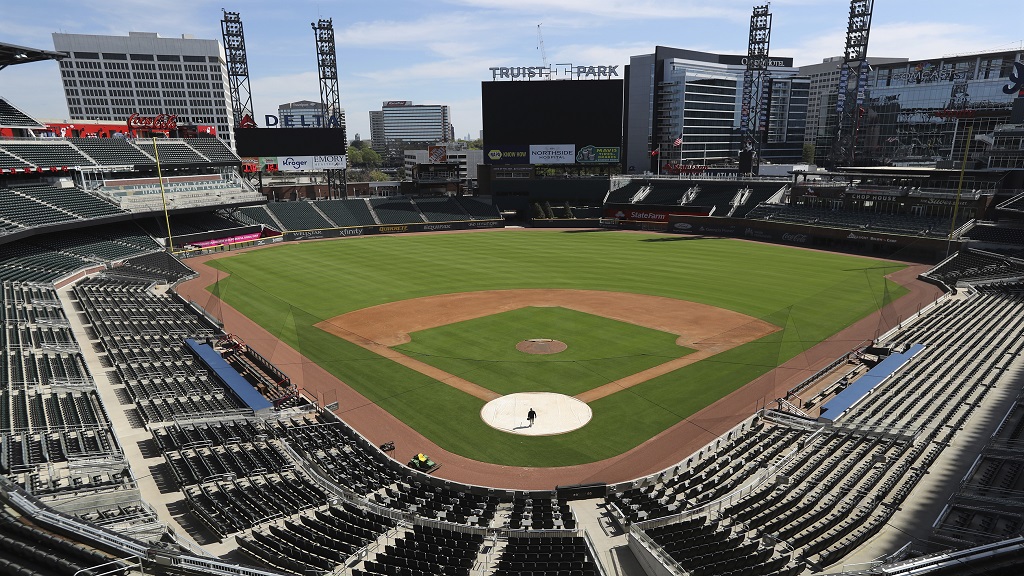 There are no sponsored power plays at the moment.

No doughnut races in the fourth quarter.

No calls to the bullpen presented by phone companies.

Amid the coronavirus shutdown, sports business executives are having tough conversations about lucrative advertising and marketing contracts with no games on the horizon. Everyone involved knows the relative insignificance of the talks in the greater scheme of things, but billions of dollars are in play, and the results could have far-reaching implications for sports for years to come.

“It's unprecedented,” said Justin Toman, the head of sports marketing for PepsiCo Inc. “I think there's been a lot of creativity and discussions, scenario planning on how to deal with it. But it's ongoing and I don't think anybody has the answer. I think it really is this almost unthinkable thing that has impacted the world of sports.”

The conversations are made even more complicated by an almost infinite number of variables.

It's unclear when the NBA and NHL will be able to resume this season, if at all. If they start play again, it's uncertain how they will deal with the rest of their regular seasons and playoffs. Major League Baseball is looking at myriad scenarios for its season, and even the NFL in its offseason is dealing with its own set of potential issues.

Then there are questions around playing without fans — one of the possibilities being contemplated by some leagues.

“If there’s [sic] no fans in the stands, then, from a sponsorship perspective, there will be a race to who gets TV inventory, TV-visible inventory, which is roughly half of the value to sponsorships,” said AJ Maestas, the founder and CEO of Navigate Research, a sports and entertainment research firm. “So half of the value you’re trying to replace, or make good, you know as a marketing term, with very limited television inventory, because usually, it’s close to sold out in a healthy economy."

Teams and other sports properties looking to provide value for their partners could cross some barriers they were unwilling to cross previously. More sports could put advertisements on their uniforms and equipment, following the example of the NBA and its jersey patches. All 30 teams now have a corporate sponsorship on their uniform after the league began selling jersey patches in 2017-18. The program has brought in more than $150 million in revenue.

“Those more exotic scenarios create all kinds of opportunities," Maestas said, “and the No. 1 in my mind is TV-visible inventory. ... That is one of our predictions, is that there will be TV-visible innovation in every direction you can imagine.”

The effect of the coronavirus pandemic is already being felt in a variety of ways.

Jack Morton Worldwide, the lead agency for MillerCoors for its experiential sports marketing, had to change some of its plans for the upcoming NFL draft after its public events were cancelled. While the Miller Lite campaign is still fluid, it is moving from more on-premise activation with its team deals to a more digital approach.

“Why sports are amazing and why this is additionally hard for sports fans is not having that outlet and that shared moment,” Callahan said. “So being able to try and create some shared moments here is what we're trying to do.”

The shutdown for traditional sports has led some sponsors to take a closer look at esports, which have experienced far less disruption amid the crisis.

Total viewership on Twitch, an Amazon-owned streaming platform for gaming, surpassed 3 billion hours for the first time last quarter, boosted by a 23% increase in viewership from February to March, according to Streamlabs. Several NBA players have been streaming games while they wait for word on their season.

“We have the eyes of Gen Z, young millennials," said Nicole LaPointe Jameson, chief executive officer of Evil Genuises, a North American esports organisation, “and for people that traditionally had physical activation budgets or other types of budgets that now have had to be reallocated, it's definitely been an early Q1 resurgence of potential partnership activation as well as increased opportunity with our current partners.”

While e-sports differ from traditional sports in their digital focus, Jameson sounded a similar note when it comes to working with sponsors right now, emphasizing the importance of flexibility and communication.

Creativity is another key concept for sports executives as they try to solve the considerable business challenges presented by the new coronavirus.

“I think the general sentiment and overarching feeling is: ‘You know what guys? We’re in this together. These are unprecedented times, and let's come together to re-imagine our relationship,'” said David A Wright, the chief marketing and commercial officer for Minor League Baseball.