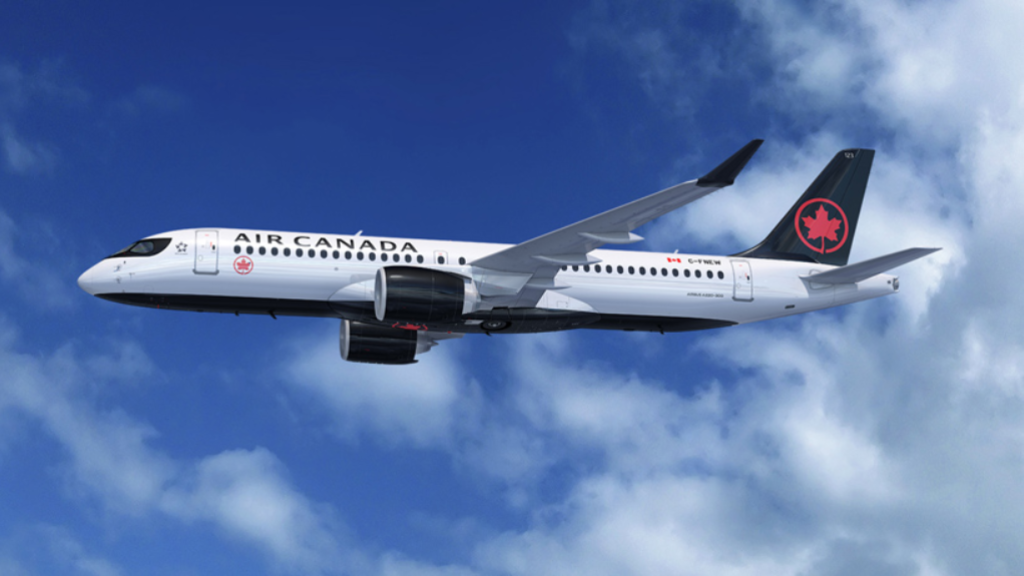 The Latest on the coronavirus pandemic, which has infected more than 244,500 people and killed more than 10,000.

The COVID-19 illness causes mild or moderate symptoms in most people, but severe symptoms are more likely in the elderly or those with existing health problems. More than 86,000 people have recovered so far, mostly in China.

— Britain is asking 65,000 retired nurses and doctors to return to work to help fight the coronavirus.

Related article :COVID-19: Visitors from UK, Europe, US to be quarantined in Barbados

TORONTO — A union official says Air Canada is laying off more than 5,000 flight attendants as the country's largest airline cuts routes and parks planes amid the pandemic.

Wesley Lesosky, who heads the Air Canada component of the Canadian Union of Public Employees, says the carrier is laying off about 3,600 mainline employees as well as all 1,549 flight attendants at Rouge, Air Canada's discount brand.

He say the layoffs will take effect by April and affect roughly 60 percent of flight attendants at the two segments.

Air Canada says the layoffs are temporary and employees will be returned to active duty status when the airline is able to ramp up its network schedule.

The Montreal-based company said Wednesday it will suspend the majority of its international and US flights by March 31.

NICOSIA, Cyprus — The religious leaders of ethnically divided Cyprus' Christians and Muslims have issued a joint call for all believers to "pray fervently, act compassionately and remain in solidarity" with each other during the coronavirus crisis.

The leaders of the island nation's Orthodox, Armenian, Maronite and Catholic churches on Friday called for special prayers for the ill and those who passed away due to COVID-19.

They also called for prayers to "uplift" all doctors, nurses and caregivers who are on the front lines of dealing with the virus' consequences, and urged all to strictly follow the guidelines issued by the World Health Organization and state authorities to prevent the spread of the virus.

PARIS — French President Emmanuel Macron urged worried employees to keep working in supermarkets, production sites and other key businesses amid tight restrictions on movement imposed to fight the rapid spread of the coronavirus in the country.

"We need to keep the country running," Macron said..

As many workers express fears of the virus, the French government is trying to strike a tricky balance between restrictions and keeping the economy afloat.

Finance Minister Bruno Le Maire insisted Friday that not only the food industry, but the whole flow of goods to consumers must be guaranteed.

This week, France shut all restaurants, cafes, cinemas and retail shops that are not essential. Working from home has become widespread for employees able to do so.

French health authorities have reported almost 11,000 cases of people infected with the virus, including 372 who have died.

TOKYO — The foreign ministers of Japan and Iran agreed Friday to cooperate in fighting the coronavirus.

Motegi also urged Iran to play a constructive role in promoting peace and stability in the Mideast amid rising tensions between Tehran and Washington.

Japan has dispatched a naval ship to help secure Japanese oil tankers passing through nearby seas.

LONDON — Britain is asking 65,000 retired nurses and doctors to return to work to help fight the coronavirus.

The government is sending letters to 50,000 former nurses and 15,000 retired doctors, and Health Secretary Matt Hancock said he hoped "many, many thousands will respond" to the appeal. He said volunteers would be given training over the next few weeks before being allocated to hospitals.

Britain's coronavirus outbreak is not expected to peak for several weeks. Already, some hospitals have complained about overworked staff and shortages of ventilators and protective equipment such as face masks.

ROME — Mayors of many towns in Italy are asking for more stringent controls on citizens' movements to help contain surging coronavirus infections.

Despite a national lockdown that strictly limits conditions under which people are allowed to leave their homes, there have been many violations. Authorities say as of Friday morning more than 53,000 summons have been issued for violations.

Some people are leaving home several times a day to shop for food. While solitary strolling or jogging near one's home is allowed, some people have been exercising together outdoors.

State radio said Friday that Premier Giuseppe Conte might announce tighter measures nationwide. On Thursday, Italy's deaths from the virus — 3,405 -- surpassed those in China, where the outbreak began.

BERLIN — An Estonian ferry operator has started a new freight service to haul critical goods from Western Europe to the Baltic nation, bypassing Poland where new border controls designed to prevent the spread of the coronavirus have led to massive traffic jams and delays.

Each ferry can carry around 100 trucks and the trip takes about 20 hours — about the same time it would take to drive the route through Poland, Lithuania and Latvia to Estonia non-stop.

Countries around Europe have instituted measures meant to stop non-essential cross-border travel, but allow trucks carrying food, medicine and other critical supplies through. So far, however, truckers have been reporting long delays.

BRUSSELS — Belgium has received an order of 5 million protective masks from China amid fears of shortages in hospitals.

The shipment was delivered early Friday at the Liege airport and placed under military surveillance.

A total of 1,795 confirmed cases of COVID-19 have been recorded by Belgian authorities, including 21 deaths.

"The need for masks is enormous. It will ease the tension we are starting to feel in hospitals," Luc Partoune, the CEO of Liege airport, told local media.

A previous order of 5 million masks placed by Belgium was expected last week but was canceled because of a fraud investigation targeting the Turkish provider.

JAKARTA, Indonesia — The largest mosque in Southeast Asia canceled mass prayers for the next two weeks to avoid spreading the coronavirus.

The Istiqlal grand mosque in Indonesia's capital, Jakarta, is usually packed with thousands of Muslims during Friday prayers.

Imam Nasaruddin Umar says the decision was made after the Indonesian Ulema Council, the country's highest religious authority, issued a fatwa or ruling on Monday, allowing Muslims to skip mass prayers in regions where the virus has spread "uncontrollably" until the situation returns to normal.

"Prayers in congregations will be suspended in Istiqlal for the next two weeks, including Friday prayers," Umar said in a video statement televised nationally in the world's most populous Muslim country.

"We appeal people not to hold mass prayers in other region where the coronavirus had spread until the danger for the contagion disappears," he said.

His appeal following orders from President Joko Widodo to the people in the world's most populous Muslim nation to curb mass religious gatherings to contain the coronavirus.

Indonesia has had 25 deaths from COVID-19, the most in Southeast Asia, and has 309 cases.

On Friday, there were still a few people in Istiqlal. Instead of Friday prayer, they held the noon prayer congregation by practicing social distancing of one meter (yard) apart between worshippers.

Most mosques in cities and districts remained out of red zones of coronavirus outbreak, are holding Friday prayers which commonly believed to be obligatory for Muslim men. They are holding prayers with a shorter sermon and the congregation to bring their own prayer mats.

SEOUL, South Korea -- South Korea's election commission says all voters will be required to wear masks and use disposable gloves at ballot booths during next month's national parliamentary elections as preventive measures against the coronavirus.

An official from the National Election Commission also said Friday that election workers will conduct temperature checks and provide separate polling places for voters with fever or respiratory symptoms.

Voters will be required to stand at least a meter apart when waiting in lines and sanitize their hands and wear plastic gloves provided by election workers before entering booths.

The commission will establish voting stations at hospitals and other treatment centers for COVID-19 patients who are medically isolated.

Some politicians had called for the country to postpone the April 15 election, which will be a crucial moment for President Moon Jae-in's government amid concerns about the epidemic's impact on public health, livelihoods and industries.

Foreign ministers from Japan, China and South Korea held a video conference Friday and agreed to continue cooperating in their effort to fight against the coronavirus outbreak.

Japanese foreign minister Toshimitsu Motegi and his counterparts, China's Wang Yi and South Korea's Kang Keung-wha, ensured cooperation among the three countries in their effort and agreed to hold a three-way meeting of health authorities at an early date.

Motegi also proposed sharing of information on drugs and vaccine development, as well as cooperation to ensure shipment of medical supplies and emergency relief goods among the three countries.

Motegi told the other ministers that Japan hopes to fully achieve the Tokyo Olympics and Paralympics "as a proof of human victory against the new coronavirus," the Japnaese foreign ministry said in a statement.

The Associated Press receives support for health and science coverage from the Howard Hughes Medical Institute's Department of Science Education. The AP is solely responsible for all content.

COVID-19: Barbados reports a total of 5 confirmed cases as of March 19