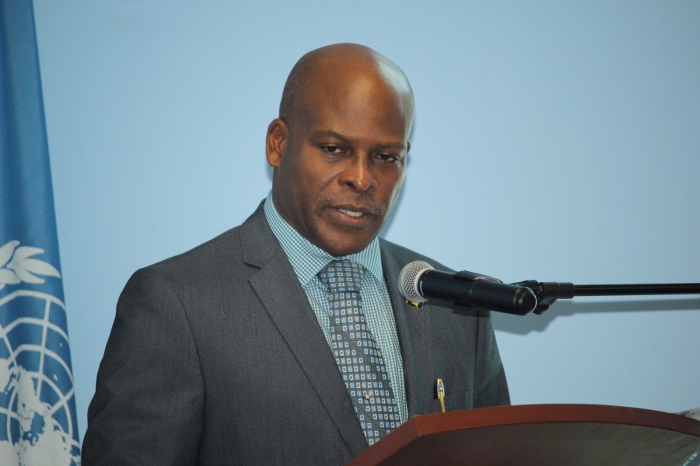 False propaganda geared towards raising alarm in Barbados and communities in relation to COVID-19 will not be tolerated.

Minister of Home Affairs, Edmund Hinkson warned those who misuse social media, stating that such practices called their patriotism and commitment to Barbados into question.

“The last thing we want is maliciousness on social media,” he said, while calling on the arm of the law to react to such cases.

At the same time, the Minister urged Barbadians to “be cool, be calm and do not panic”.  “The worst thing you can do is panic,” he said.

Hinkson also gave the assurance that the Department of Emergency Management was a part of the team which was providing a response to the threat.

He added that COVID-19 was discussed at the level of policymakers, Cabinet, heads of departments of ministries and permanent secretaries over the past weeks.

“But Barbadians have to play their part; the wider community, in terms of preparing.  Yes, be sensible; just as we prepare for the hurricane season in terms of getting sufficient food supplies, in terms of medication, but you do not overreact.  The last thing we want is people panicking."

Meanwhile, the Minister also stressed the need for a comprehensive and integrated approach to disaster risk management in Barbados and the National Emergency Management System to address all hazards and phases of the disaster cycle, in terms of mitigation, preparedness, response and recovery.

He said the discussion would focus on national hazard mitigation policy and there would be a presentation on the national mass crowd policy, since there was a need to be concerned about disasters that could happen at mass crowd events.

Hinkson said, once ratified, these policies would go to Cabinet for approval as part of the whole planning system, strategies and documentation.

He added that Government had also placed emphasis on strengthening disaster preparedness and resilience at the community level, in terms of building capacity in District Emergency Organizations.