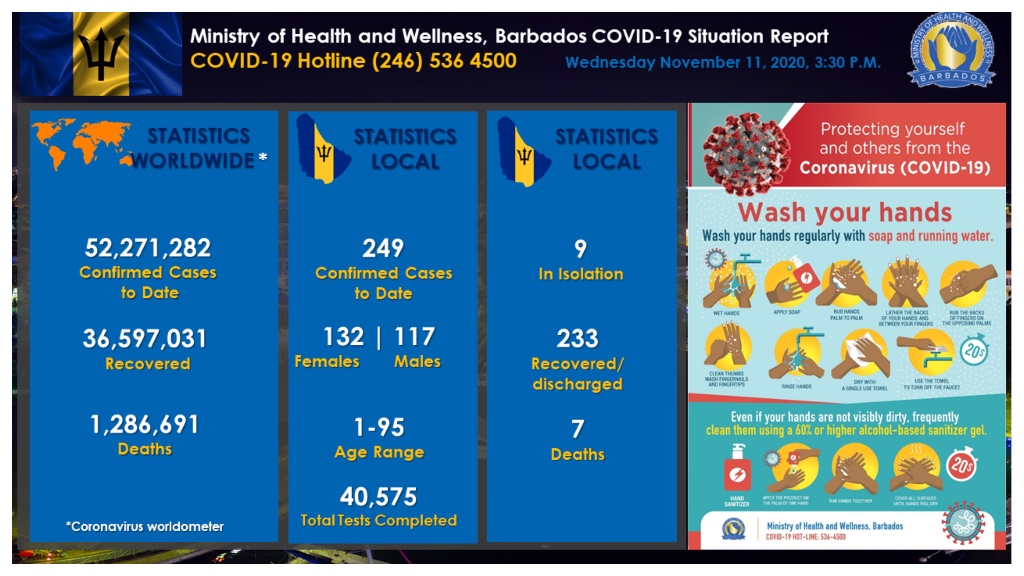 Five visitors to the island tested positive for COVID-19 after a second round of testing.

Additionally, two persons were discharged from isolation today after recovering from the viral illness.

To date, Barbados recorded 249 cases. Of these 233 people have recovered, and nine remain in isolation.

The Best-dos Santos Public Health Laboratory conducted 329 tests yesterday, bringing the total for the year to 40,575

Barbados was ahead of first world countries with second test protocol