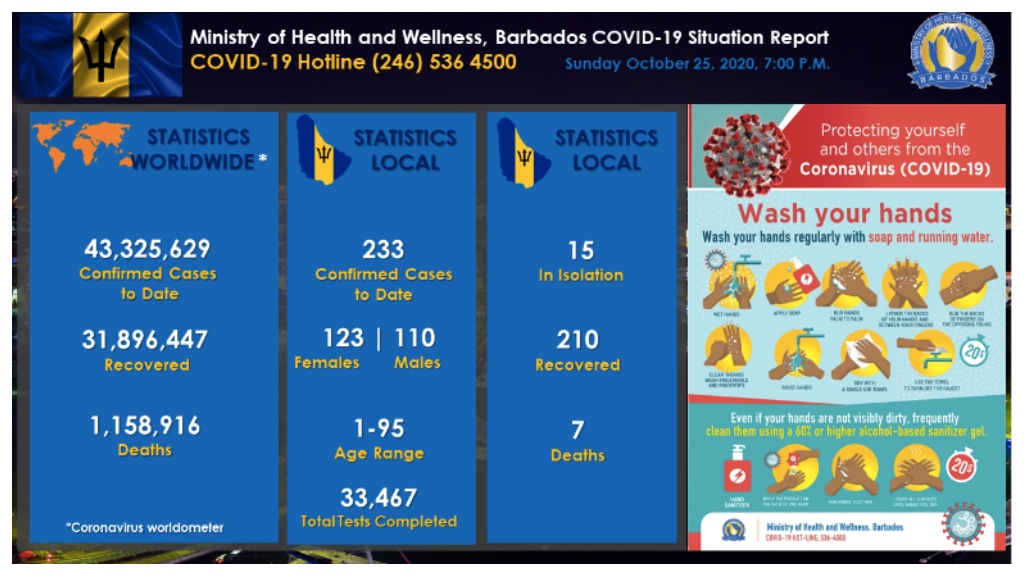 Three visitors to the island were confirmed with COVID-19 in test results returned by the Best Public Health Laboratory for Saturday.

A female, who arrived on British Airways on October 22, tested positive for the viral illness after her second test on Friday.

Two males, 38 and 21, arrived on American Airlines on October 15 and were retested on October 16. Their cases were under investigation until Friday when they were confirmed with the viral illness.

Head of Isolation Facilities, Dr Corey Forde, explained today that there are instances when it is not immediately clear from the test results, whether a case is new or whether the person may have been previously infected and is now in the clearance phase of the disease.

The only way to confirm this, he said, was to place the patients in isolation and observe them for a period of time to track the progression, and this is what was done in the case of the two male visitors and a number of previous cases.

They will only be included in the number of confirmed cases after they are conclusively diagnosed with the viral illness, Dr Forde shared.

Meanwhile, no-one was discharged from the isolation facility on Sunday. There are now 15 people in isolation.  Of the 233 confirmed cases to date, 210 people have recovered.

The laboratory completed 33,467 tests up to Saturday.

No moving before 2nd test: Updated travel protocols from October 16