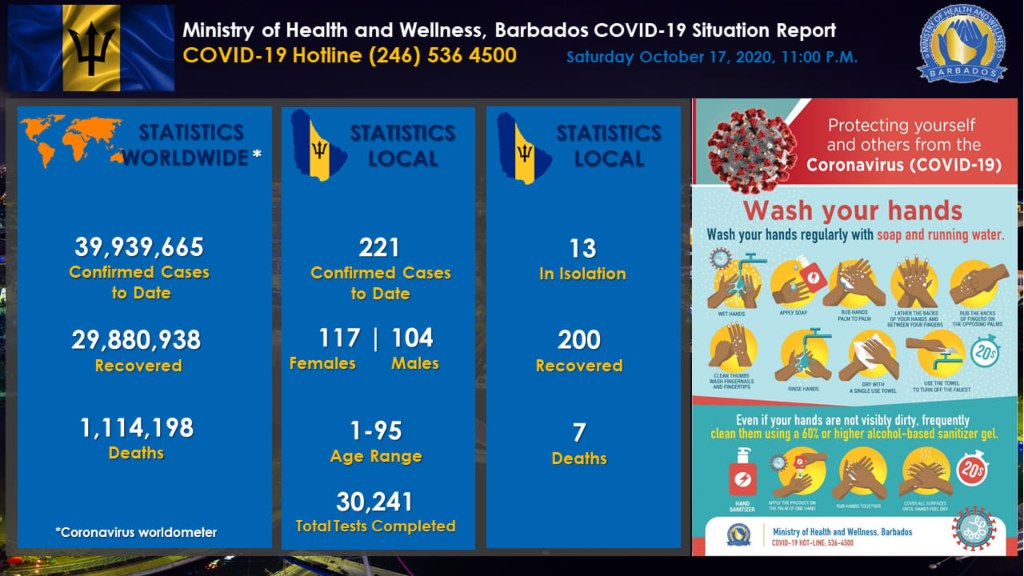 Two men, both visitors to the island, tested positive for COVID-19 and went into Isolation today (October 17).

The two positive results were among the 387 tests conducted by the Best-dos Santos Public Health Laboratory on Friday (October 16).

One was a 54-year-old man, who was confirmed with the virus after his second test. He has been identified as a contact of a previously confirmed patient who was diagnosed on October 8 after arriving on Air Canada.

The other positive case is a 28-year-old who arrived on American Airlines on October 11 and left the island yesterday. In accordance with Barbados’ COVID-19 travel protocols, they were both in quarantine since arriving in the island.

Meanwhile, five people were discharged from isolation yesterday. As a result, 13 people remain in isolation.

Barbados’ tally of confirmed cases since the first two cases were recorded on March 16 has now reached 221, and of these, 200 people have recovered.

As of Friday, the laboratory completed 30,241 tests.