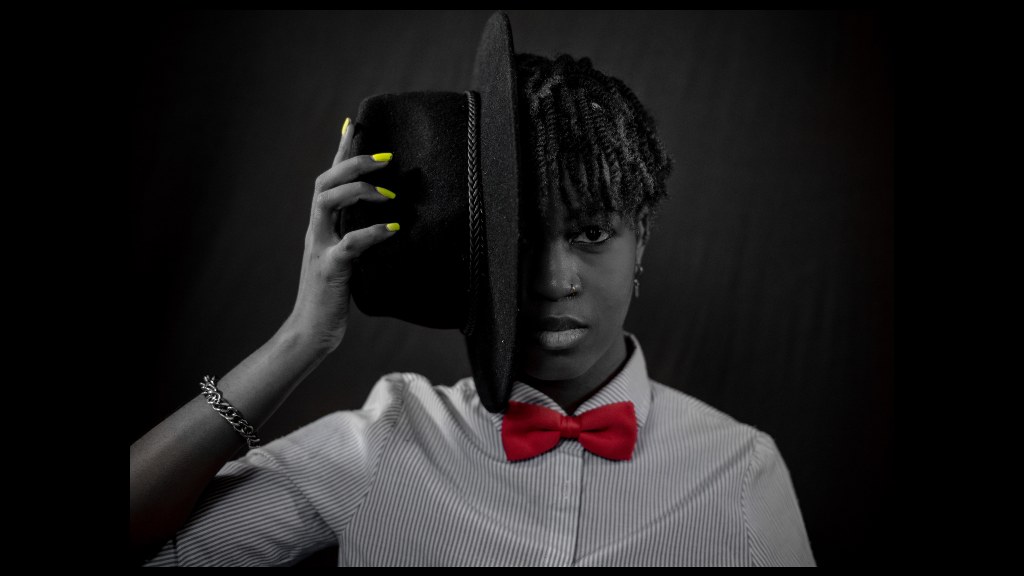 Poetry for some is just a passing hobby but for Cyndi Celeste it is her lifeblood.

She describes herself as an 'arts activist' who uses performance poetry to engage her audiences in critical discourse about society, arts, and culture.

Cyndi is also the director of Frenetic Arts, an artist-led nonprofit which offers developmental, networking, and income-earning opportunities to budding poets.

The talented young spoken word artist is one of the few who have dared to step into the world of full-time artistry and has reached quite a few milestones already.

Performing alongside notable artists such as Adrian Green and The Mighty Gabby, Cyndi whose real name is Cyndi Marshall, recently launched her own spoken word EP Cyndicated, which explores black creative and cultural identity.

On the heels of a performance at the moving of the Lord Nelson Statue in Heroes Square, she shared some of her thoughts with Loop Entertainment on her life in the world of art and how she is using her work to educate, entertain, and guide her audiences to introspection and progressive thought.

LoopNews: Your album launched a little while now, how has the experience been for you?

Cyndi Celeste: Putting out an album of spoken word poetry has been a combination of scary, exciting, and self-affirming. When I decided to do it, and even throughout the production process I had this constant fear of what the response would be because it's not something that a lot of poets in the Caribbean seem to do and I wasn't sure if people would want to hear what I had to say. On the other hand, I enjoyed the process of creating and directing the whole thing because it taught me so much about myself and I got to grow through the project and I think that shows when you hear the album. I've found that I've consistently been called upon in spaces that maybe didn't know about me before and it's really opened new opportunities for me as an artist.

LoopNews: What has the feedback from the project been like?

Cyndi Celeste: The feedback, in a word, is heart-warming. To know that I've been able to reach people who didn't love the art form before as well as people who love poetry is amazing. I've had people come to me and say that they weren't really die-hard fans of poetry but my work was accessible to them and they enjoyed it, and that, for me, means that I was able to achieve something spectacular.

LoopNews: What are some of the goals you want to achieve out of this particular project?

Cyndi Celeste: In a way, Cyndicated is very personal because it's about me growing and becoming self-aware. But on another level, it's for everyone who needs it as well because it's about identification and representation. The issues I talk about - blackness, language, naming, cultural retention, creativity, humanity - have significance everywhere, but in the voice of a Caribbean, and specifically a Barbadian person. That's a voice that needs to be heard because we as Bajans are the ones responsible for showing the world who we are and not letting non-Bajans dictate our identity to us.

Loop News: What has creating art at a time like this taught you?

Cyndi Celeste: This is truly an unprecedented and challenging time for the world, and I think even more so for me because I lost my mother to cancer in March. She is the reason I mustered up the courage to work on a fully-involved project in the first place and lockdown started two days after her memorial service. So, for a while, I could not write anything. But Cyndicated felt like my mother's swansong, and because of that, I felt I needed to finish it for both our sakes. Eventually, it became an outpouring and writing became a healthy coping mechanism for dealing with loss, grief, and everything going on in the world. I started Cyndicated in October 2019 and released it nearly a year later, and throughout that process, I realised that I didn't have to let anyone else dictate my pace or my productivity, and relieving myself of that pressure did the world of good. 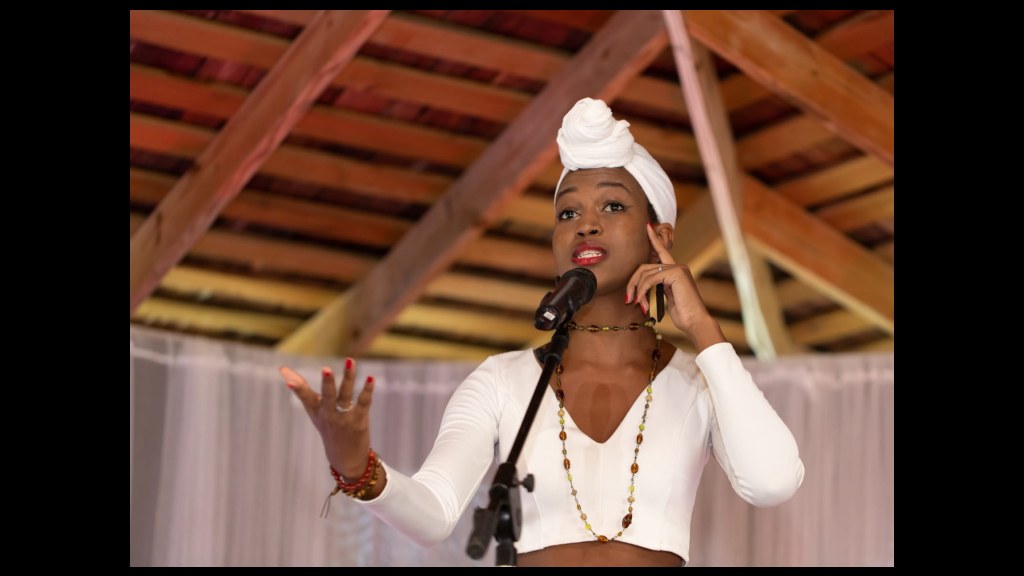 LoopNews: What would you say to other young and up and coming artists to inspire them?

Cyndi Celeste: I still have a long road ahead of me myself, but I've been fortunate to be surrounded by a very supportive network of people. To other young artists, I'd say: "You can do extraordinary things even with very little, you don't need to feel pressured to start out extravagantly -- put yourself out there believing you're worth it and anything is possible". I recorded and produced my whole album for next to nothing.