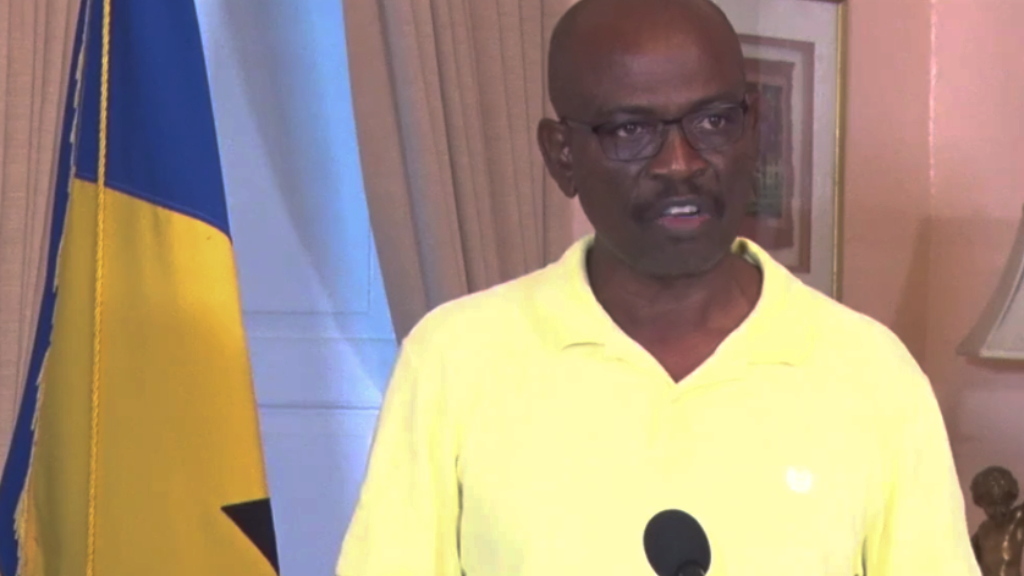 While hosted as a guest on SLAM 101.1 show ‘The Conversation’ on Tuesday (July 28,) days after issuing a final warning to put businesses on notice that if they breach protocols, closures were the next step, he stated:

“I did not make any threats. People interpreted them as threats.

"I simply said if you do not obey the law these are the consequences and we are asking people to…obey the law.”

There was much push back after his warning to businesses.

Carter went on to make his function within the government’s COVID-19 response team clear.

“I spell out the position of the Government of Barbados. I articulate that. I articulate the consequences and the penalties attached thereto. I appeal to people to observe the law and to observe basic common sense… but persons have the right to individual determination.”

He shared some of his own observances as he carried out his duty as COVID-19 Czar.

“I have seen persons saying: ‘I am a rebel and I am not obeying any of the protocols’. I have seen persons from the very first time that we announced the requirement to stay inside and at the curfew, I saw persons on the very evening talking about their intent to flout the law. So, I leave the monitoring and the application of the consequences and the policing to the officials who are charged with that responsibility,” he explained.

When asked about instances where public officials were seen in public without masks the Czar admitted that there have been such instances but reiterated:

During ‘The Conversation’ Carter clearly outlined government’s position as it related to the observance of protocols for persons coming into the island, since the resumption of commercial flights.

He stated that everyone entering the island is required to either have a negative PCR test or have the test administered upon arrival at the airport, before being allowed entry into Barbados.

“I am relatively confident that the protocols that have been designed in respect of the reopening of commercial traffic, that those protocols are sound,” the Czar said of the protocols currently in place.

“Anybody who wants zero risks probably has to go and live in Antarctica which is probably the one continent where we have not seen COVID-19. There will be risks. There is no such thing as risk-free protocols or as risk-free travel,” he asserted.

Barbados will quarantine persons from high-risk countries for 7 days