Time's up! Deadline for US voters in Barbados and the region 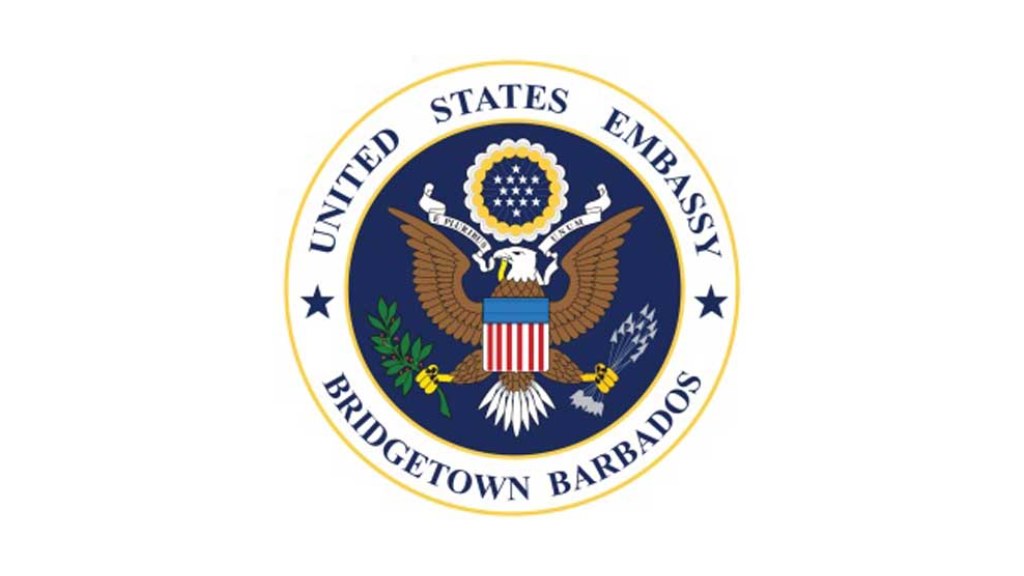 US Embassy in Bridgetown for Barbados and the OECS logo

The deadline is here for those Americans in Barbados and the Eastern Caribbean looking to vote in the upcoming US elections.

On Friday October 16, the US Embassy in Bridgetown, Barbados via their website, made one last call for American citizens to make their voices heard.

Embassy officials stated that many voters had already dropped off their signed and sealed ballots over the recent weeks, but made it clear that the deadline for submission of ballots was by today, October 19 at 4:30 pm to ensure all ballots are received at the local election offices by the November 3 deadline.

Voting Assistance Officer Brianna Bailey-Gevlin had met with a group of Americans for the recent debate between President Donald Trump and former Vice President Joe Biden, who is running against Trump in this 2020 Presidential Race. At the time she provided official election materials and answered questions about overseas voting.

“Democracy is not a state; it is an act. Local elections—which are often overlooked or skipped—play as crucial of a role in our democracy as do the presidential elections. So vote this year and then vote next year and then the year after that,” Bailey-Gevlin said.

She also advocated that Americans directly contact their local board of elections for the most accurate information about deadlines, requirements, and procedures, as they may vary by locality.

Embassy officials also advised that American voters who may not be able to physically visit the Embassy by October 19, may use private couriers such as DHL or Fed-Ex to guarantee on-time delivery of ballots.

Reports are already stating that a record amount of early votes are in thus far as Americans vote to determine America's 46th President.

US Embassy: Last repatriation flight from Barbados to NY for a while