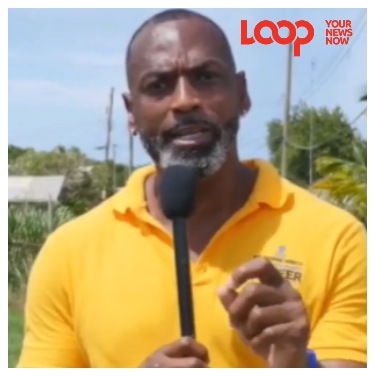 Floyd Reifer has stepped up to the political crease and showing he is ready for whatever bouncers his opponents bowl at him.

The Democratic Labour Party (DLP) hopeful in the upcoming St George North by-elections has issued a response to biting comments made by Delisle Bradshaw.

During a Barbados Labour Party (BLP) political rally last Thursday, October 15, Bradshaw stated: “Any idiot could play cricket.” This statement caused a stir across social media platforms with some Bajans suggesting the comments were derogatory.

The caption of a video posted to Reifer’s Facebook page today, Saturday October 17, read: “Like many of you, I could not ignore or come to even understand the distasteful comments made by Delisle Bradshaw on Toni Moore’s platform last Thursday. I am absolutely appalled by this comment. It is of poor taste and a slap in the face to every cricketer who has made an invaluable contribution to Barbados.”

In the video, Reifer said: “This video is very insulting. Not to all the cricketers but to all the young men and women who play sports in Barbados. This is what is coming from Ms Moore’s platform. This is how the Barbados Labour Party feels about the people in St George North and Barbados as a whole, as sportsmen and women.”

The DLP candidate went on to question whether Barbados’ only living national hero Sir Garfield Sobers and similar cricketing greats like Brian Lara and Sir Wes Hall, among others, would also be classified as ‘idiots’ based on Bradshaw’s comments.  Reifer went on to make the point that Sir Wes Hall went on to serve as a Member of Parliament.

The video response concluded by Reifer asserting that Bradshaw’s comment was “very disturbing” and he suggested that the BLP stalwart should be captain if that was how he truly felt about the region’s cricketers.

The St George North by-election is slated to take place on November 11, 2020.