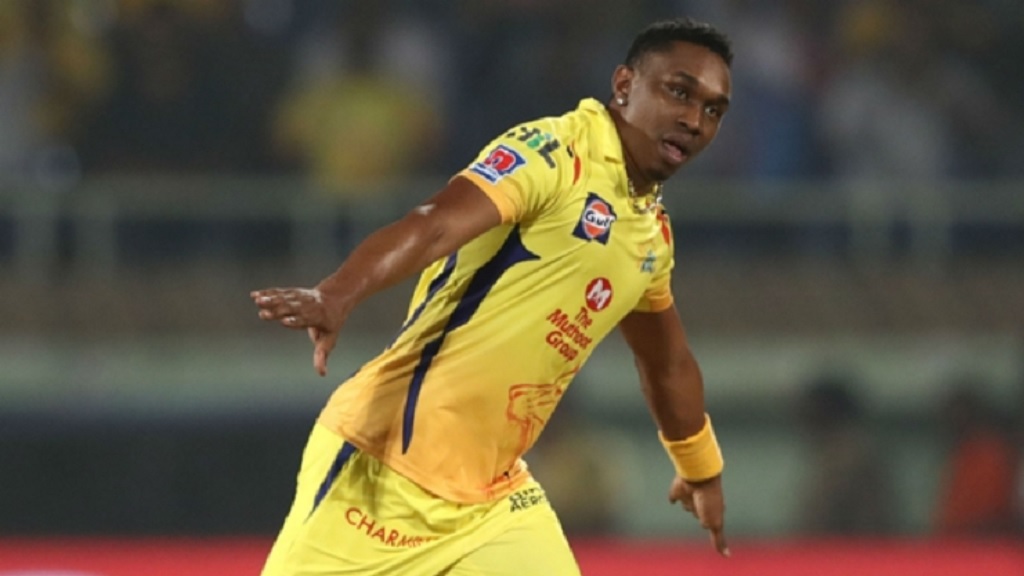 West Indies all-rounder Dwayne Bravo picked up two wickets as Chennai Super Kings (CSK) put themselves back in the hunt for a place in the Indian Premier League (IPL) play-offs thanks to terrific death bowling against Sunrisers Hyderabad.

After losing five of their opening seven matches, this was realistically a must-win contest for last year's IPL runners-up, and their 167 for six paved the way for a 20-run victory.

When Sunrisers got to 141 for six by the end of the 18th over, this clash in Dubai was in the balance, but Shardul Thakur and Bravo applied the brakes to concede only six further runs.

Kane Williamson made 57 from 39 balls for Sunrisers, but they finished on 147 for eight, with the result meaning they are joined on six points from eight games by Chennai, both sides still in with a shot of finishing in the top four.

Chennai began the game on the front foot, with Sam Curran bumped up the order to open. His pinch-hitting role bore fruit, with the English all-rounder cracking 31 before he was bowled by Sandeep Sharma from the 21st ball he faced.

Shane Watson weighed in with 42 and Ambati Rayudu added 41, with their third-wicket partnership worth 81, and runs continued to flow.

Hyderabad captain David Warner made a nervy start with the bat in the reply and it was no surprise that he fell cheaply, caught and bowled by Curran.

At 93 for three after the 14th over, Sunrisers were off the pace, with Jonny Bairstow (23) having also gone early. Williamson kept them in it, striking seven fours before he holed out to Thakur at long-on off Karn Sharma's bowling.

Sunrisers took 15 runs in a four-ball purple match, Rashid Khan and Shahbaz Nadeem cutting loose. But crucially Thakur gave away just four runs off the bat, plus a wide, in the 19th over.

Rashid perished to the final ball of that over, given out hit-wicket after stepping back onto his off stump when taking a mighty swipe, before Bravo conceded just a single from an outstanding final set of six.

He gave credit to Thakur after the match, citing the 19th over of the Hyderabad innings as the key to victory, but Bravo (2-25) was nevertheless terrific when thrown the ball for the finale. Having Nadeem caught and bowled off a desperate slog killed the game, nailing a big win for CSK.

Chennai skipper MS Dhoni added 21 handy runs at the end of his team's innings, and one shot will live long in the memory. T Natarajan sent down a delivery that was close to being a yorker but left Dhoni with just enough room to shuffle his feet and club the ball over long-on and into the top tier of the stand, a shot that was said to have travelled 102 metres. He was out next ball, mind.