COVID-19: Expert warns many countries are driving blind as they reopen 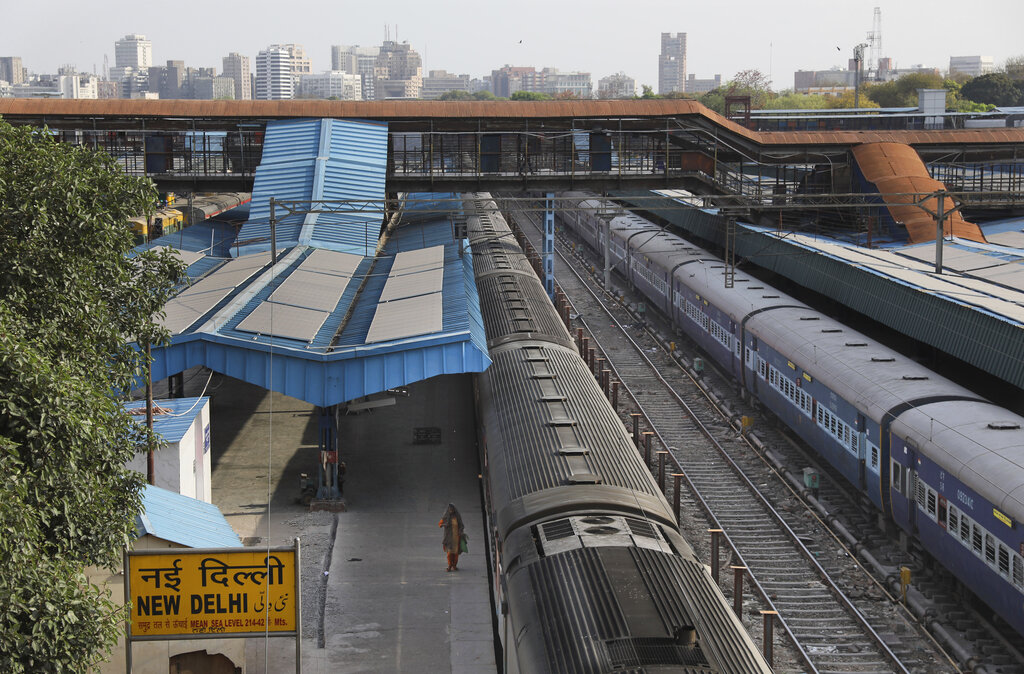 India's trains will start rolling again and millions in the Philippines will be able to leave their homes, even as an expert warns that many countries are driving blind as they reopen because they haven't set up strong systems to track new outbreaks of the coronavirus.

In the United States, some of the leading experts on infectious diseases are due to speak via video link Tuesday at a Senate hearing — a setting where President Donald Trump will not be controlling the agenda. Democratic senators are expected to ask tough questions about the death toll in the US, its testing capabilities and perceived administration failures.

In India, a strict lockdown has so far helped keep confirmed virus infections relatively low among the population of 1.3 billion. Rail, road and air services were all suspended in late March. But in recent days, as the lockdown has eased and some businesses have resumed, infections and deaths have been increasing.

As the colossal rail network begins reopening, special trains will depart from select big cities, including New Delhi and Mumbai, and run at full capacity. Passengers will be allowed to enter stations only if they are asymptomatic and clear thermal screening.

In the Philippines, President Rodrigo Duterte said the country's lockdown, which has restricted millions to their homes and taken a heavy economic toll, will be eased. He warned that people who want to return to work must follow safeguards to avoid more deaths and a second wave of the virus.

Yet questions remain about how prepared many countries are to end lockdowns. The World Health Organisation’s emergencies chief, Dr Michael Ryan, said robust contact tracing measures adopted by Germany and South Korea provide hope that those countries can detect and stop virus clusters before they get out of control.

But he said other nations have not effectively employed contact tracing investigators to contact people who test positive, track down their contacts and get them into quarantine before they can spread the virus. He declined to name specific countries.

“Shutting your eyes and trying to drive through this blind is about as silly an equation as I’ve seen,” Ryan said. “And I’m really concerned that certain countries are setting themselves up for some seriously blind driving over the next few months.”

Fears of infection spikes in countries that have loosened up came true in recent days in Germany, where new clusters were linked to three slaughterhouses; in Wuhan, the Chinese city where the crisis started; and in South Korea, where 85 new cases were linked to nightclubs that reopened after anti-virus measures were eased.

US contact tracing remains a patchwork of approaches and readiness levels. States are hiring and sourcing contact tracers, and experts say tens of thousands will be needed across the country.

Apple, Google, some US states and European countries are developing contact-tracing apps that show whether someone crossed paths with an infected person. But the technology supplements and does not replace labor-intensive human work, experts say.

More than 10,000 people are involved in contact tracing in Germany, a country of 83 million. Britain abandoned an initial contact-tracing effort in March when the virus’s rapid spread made it impossible. Now it is recruiting 18,000 people.

France’s health minister has promised robust contact tracing and pledged that the country will test 700,000 people weekly. On Monday, with progress unclear, the nation’s highest court ordered the government to take extreme care in protecting privacy rights, casting doubt on how to proceed.

At the White House, President Donald Trump declared, “We have met the moment, and we have prevailed.” He said later that he was referring to virus testing and insisted all Americans who want tests can get them — even though experts say that capacity does not exist.

Only on Monday did his administration say it believed it had enough tests for a nationwide testing campaign to address significant death rates in nursing homes and other senior care facilities.

Appearing by video link before the Senate committee on Tuesday will be Dr Anthony Fauci of the National Institutes of Health, Food and Drug Administration Commissioner Dr. Stephen Hahn, and Dr. Robert Redfield, head of the Centers for Disease Control and Prevention. The three are in self-quarantine. They will be joined by Adm. Brett Giroir, the coronavirus “testing czar” at the Department of Health and Human Services.

Worldwide, the virus has infected more than 4.1 million people and killed over 285,000, including more than 150,000 in Europe and 80,000 in the US, according to a tally by Johns Hopkins University. Experts believe those numbers understate the outbreak’s true toll.

Second virus wave: How bad will it be as COVID-19 lockdowns ease?

UK expected to stick to lockdown as Johnson outlines future