Skip to main content
Breaking News |
Revenue Authority tests staff after possible COVID-19 exposure
All schools closed today due to weather system
Flood warning in effect for Barbados as tropical wave approaches
Another COVID-19 patient recovers in Barbados
VIDEO: 5 Reasons why children are protesting their CSEC, CAPE grades
Coronavirus cases in the Caribbean as of September 30 at 10am: 198,807
American Airlines to do pre-flight tests for travellers to Caribbean
Fallen tree does not stop school at The St Michael School
Serena Williams withdraws from French Open with Achilles injury
Trump to far-right extremists: 'Stand back and stand by' 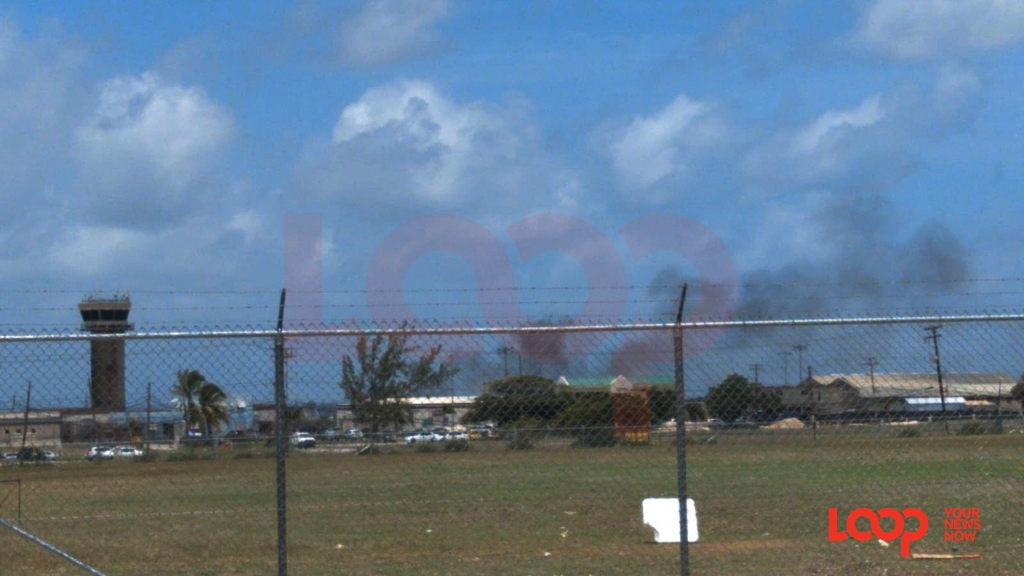 Two Barbados Defence Force (BDF) officers were injured in the fiery explosions at the Paragon base.

A Chief Petty Officer and a Petty Officer received injuries about their bodies. They were both transported to the Queen Elizabeth Hospital via ambulance.

Police responded about 11.20 am on Friday (June 12)  to the BDF Paragon Base, located at Paragon in Christ Church.

It was reported that a large container which stored a volume of fireworks exploded causing a very loud bang which was heard from at least a mile away and it also caused a fire to the grassy area surrounding the immediate vicinity. As fireworks caught afire neighbours in the Fairy Valley area said that they heard a series of subsequent blasts. Police have reported that the cause or reason for the initial explosion is still unknown at this time.

Two cars were also damaged as a result of the fire.

Fiery explosion at Paragon being tackled by the Barbados Fire Service

There has been an explosion at the Barbados Defence Force Paragon base.

Members of the Barbados Fire Service from the Airport station and Worthing station have responded to tackle the situation at the Christ Church location.

The time of the call to the Barbados Fire Service to report the fire was11.24 am today (June 12).

Loop News spoke to an official from the Grantley Adams International Airport (GAIA) who said that the situation is "fluid" but he confirmed that the blaze is not on the grounds of the airport. However, he said that it has their attention as well.