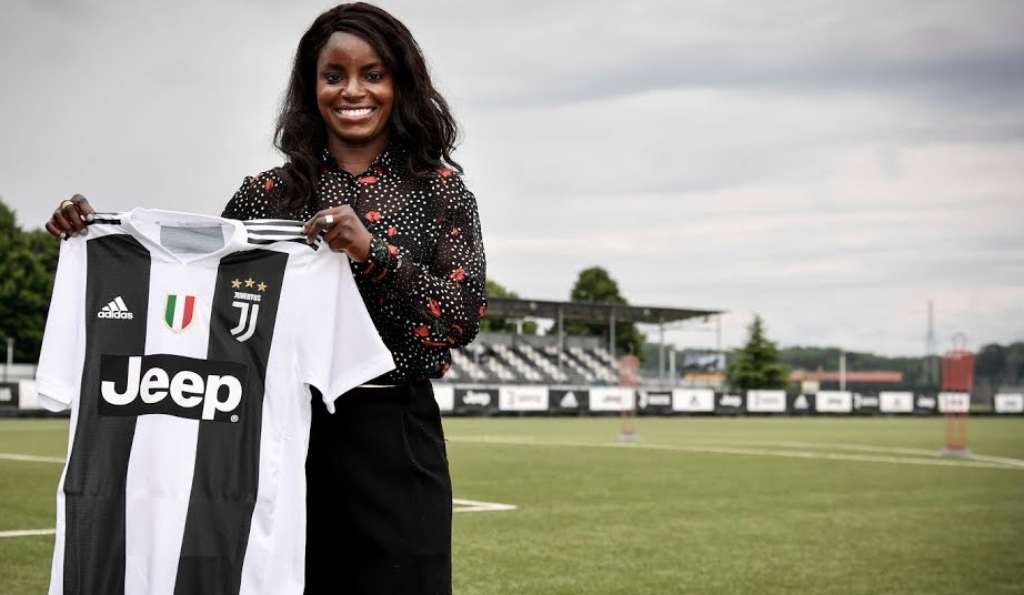 The world almost did not have the spectacular football player that is - Eniola Aluko.

Hard to believe that the three-time World Cup footballer nearly gave up on her passion and dream at the tender age of 11 years old, right?

Aluko talked about this while on vacation in Barbados.

Related article :Aluko: Out of every disappointment comes a blessing- Barbados recruits

Having met with the Minister of Youth, Sports and Community Development Dwight Sutherland on August 11, she said that she is living proof that children can have the talent, skill, drive and passion but without the right channels, avenues and facilities, those dreams could die.

Acknowledging that even still in 2020 all girls are not shoved into football like boys are, she confessed: "That was my experience too. I was the only one, the odd one out."

She said she "felt very strange at times growing up, not seeing other girls" kicking around balls and exploring life on the field. "But I think that's changed around the world but there is still a long way to go."

However, now that she has the power and chance to be the change she wants to see, she told the Minister that to avoid a repeat of such with other young girls:

She urged you must create a pathway for the talent to continue, because "talent can stop at a point."

"I stopped [playing football] at 11 because I was fed up" with being sidelined by parents "because I was better than their sons.

"I went into tennis and realised, 'No, I don't love tennis as much as I love football,' but my talent, really the opportunity stopped because the pathway wasn't there for enough girls like me."

So she encoyraged you gotta create an infrastructure for young people - young boys and girls to play, "but the pathway is just as important." And she urged not just a pathway in Barbados.

Chatting with the Sports Minister, she added:

"Conversations like this open pathways so that when a player becomes 12 or 13 they have the opportunity to go abroad and play at an Academy, for example, hypothetically Aston Villa Academy or an Academy in Europe that continues that progress of talent. You have to be very deliberate."

Now, Aluko overseas the Academy at Aston Villa and she said part of her job is to constantly be aware of the pathway for young players to get to the top, and she has to keep the young players always motivated.

Aluko's football journey started at age five, and she was playing for Chelsea Football Club by age 16.

The Director of Football at Aston Villa Club in Birmingham now, she says that the most amazing highlights over her career was playing in three World Cups. It was "amazing".

And as she works to recruit players from around the globe, she is now really hopeful that she can help other young boys and girls especially reach that pinnacle in their lives too.

Barbados misses out on Mings