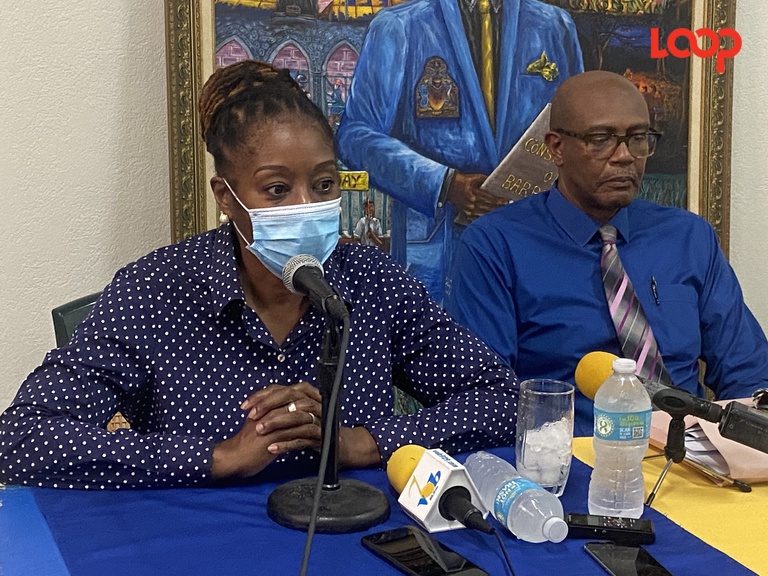 Democratic Labour Party (DLP) candidate for St Andrew, Irene Sandiford-Garner has announced she will be stepping away from elective politics.

The former Government senator was speaking at the DLP Geroge Street, St Michael headquarters, on Thursday, when she proclaimed that she will pass on the baton.

"This is not something I woke up thinking about yesterday. I gave it careful consideration after the 2018 election, which I did not plan to contest but I did anyway, but my decision now is firm," Sandiford-Garner stated, while also revealing that she will not be seeking re-election as first vice president at the upcoming DLP 65th Annual Conference.

" I had said I was going to serve one year, I ended up serving two but, I do believe that in my case I have come to the stage where I should be in a position of mentorship and guidance for some of our young people," she added.

Sandiford-Garner, who boasts of over a decade in politics, expressed that she was willing to support any young person who sought to carry the DLP flag.  She said that although she will be walking away from elective politics, she will continue to give support and advice to party hopefuls.

"We have some very bright young people coming forward in the party who need, and,  if persons like me . . . continue to take up positions on the executive then you don’t leave space for those young persons to grow and any institution needs to have some type of succession plan and we can only do that if those of us who are more mature politically make the decision to give the young ones some space.

"I will help any young person who plans to carry the flag for this party, who is committed who is sincere who is not opportunistic because I see politics to serve not as an opportunity to get by and if you can see politics like that, you can serve at any elective and still be effective," said the outgoing DLP second vice president.