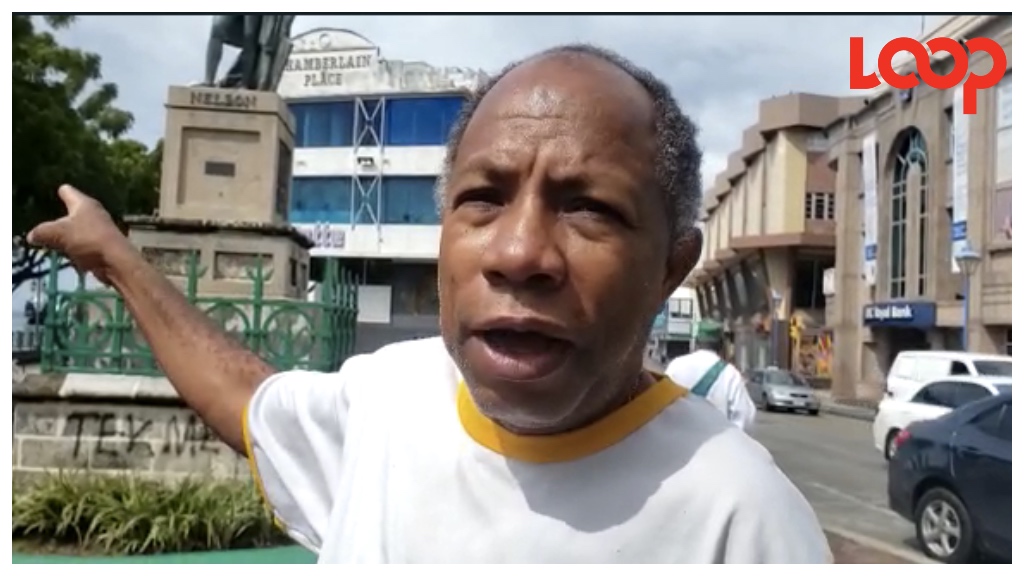 Pan-Africanist and social activist, David Denny is happy to see the last of the Lord Nelson Statue from Heroes Square, Bridgetown.

Since 1984, Denny has been championing for the removal of the eight-foot statue of the former slave owner from the nation's capital.

Speaking to Loop News hours before the statute was dismounted and transported to the Barbados Museum and Historical Society, Denny expressed he was behind Government's decision to remove the symbolic artefact that was a representative of white power and dominance. Denny indicated that he wanted the statute replaced with Nanny Grigg, who he described as "the mother of this nation".

"This statute here, Lord Nelson represents slavery and it affects every African in the Americas, not Barbados only but Africans in North, Central and South America."

Denny revealed that the uprooting of the statute was a personal victory for him, having spent 36 years of his life advocating for its removal. He recalled protesting with the likes of Ricky Parris and Mike Richards, now known as Aja.

"I protested here from as far back as 1984 as part of a National Youth Committee that was organising for the World Festival of Youth in 1985, National Youth Year. . . . I participated in every protest action right here on this spot that was held in Barbados calling for the removal of Lord Nelson."

"There were many young men and women who were involved in the struggle in the 1980's who were here with us calling for the removal of lord nelson, some of them died, some of have them have gone overseas but we have achieved our objectives and our goals."

Denny calls move to the Republic of Barbados 'progressive'