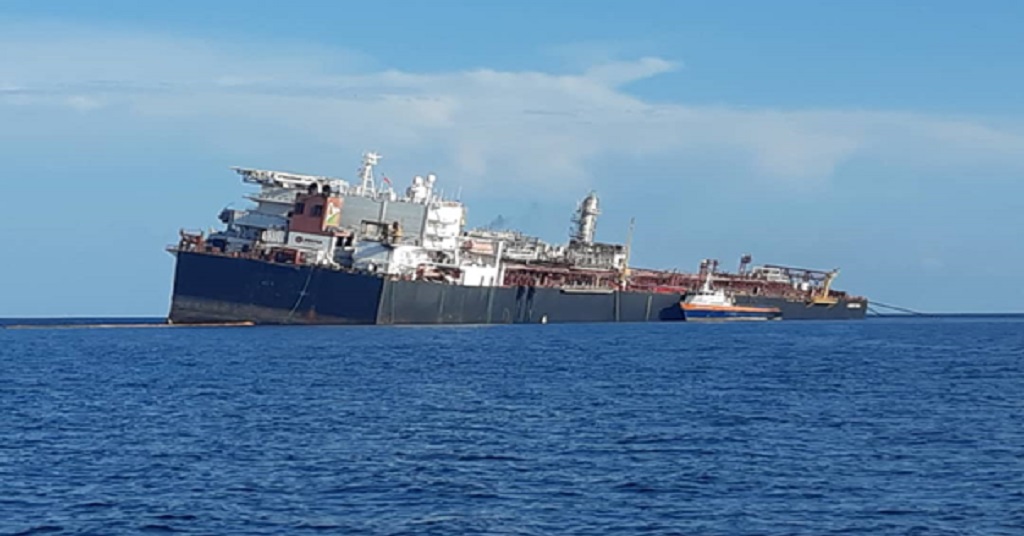 Government is closely monitoring the potential threat of an oil spill in the Southern Caribbean.

The listing Venezuelan oil tanker, Nabarima, which is floating in the Gulf of Paria, is carrying 1.3 million barrels of crude oil, poses to be a major ecological disaster to the Caribbean.

The Government of Barbados was notified by the Implementation Agency for Crime and Security (IMPACS) and Regional Security System (RSS) about the Floating Production Storage and Offloading Unit (FPSO) Nabarima in early September.

In a press statement, the government assured Barbadians that it is monitoring the situation as it develops.

"Barbados continues to monitor the situation regarding the Floating Production Storage and Offloading Unit (FPSO) Nabarima and is in contact with our regional partners in Trinidad and Tobago and the United Nations Regional Coordinating Unit.

"The national emergency response mechanism is on stand-by as we continue to evaluate all scenarios and stand ready to respond to the potential risk scenarios and to aggressively mitigate any potential impacts in the unlikely event of a release from the FPSO Nabarima," stated the press release.

On September 11, The National Oil Spill Committee and the National Oil Spill Response Team met with the Director of the Environmental Protection Department to evaluate the potential risk to Barbados and to review the readiness of the national oil spill response mechanism.

On October 20, the Chair and members of the National Oil Spill Committee met with the ministerial subcommittee which consists of Minister of Maritime Affairs and the Blue Economy, Kirk Humphrey; Minister of Foreign Affairs and Foreign Trade Senator Dr Jerome Walccott; Minister of the Environment and National Beautification Adrian Forde; Minister of Energy, Small Business and Entrepreneurship Kerrie Symmonds; and Minister of Tourism and International Transport, Senator Lisa Cummins.