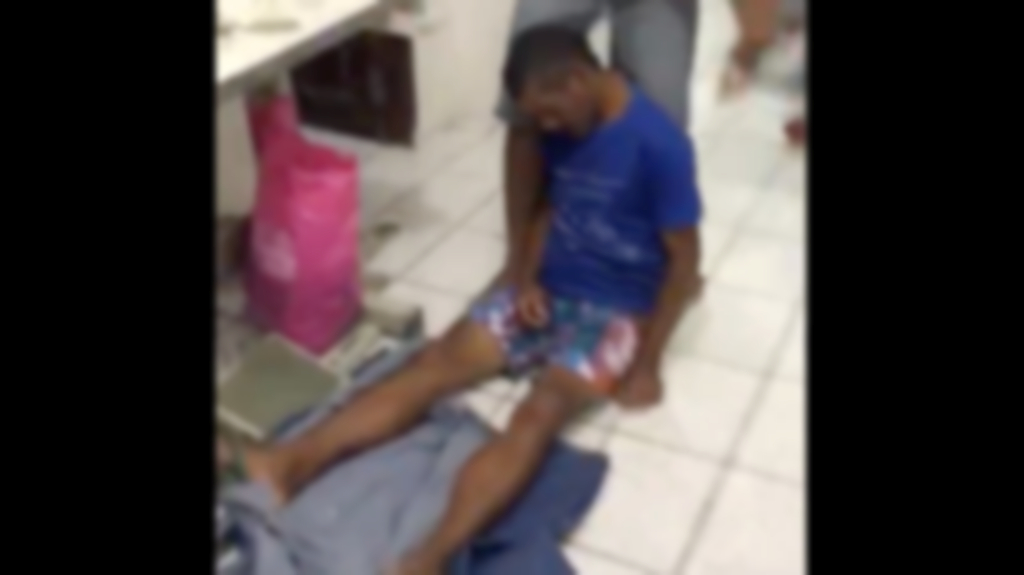 Person after being a victim of the skull-breaker challenge (Source: Twitter)

Students in Grenada have been asked to exercise good judgement and refrain from attempting the jump challenge which has become popular among high school students internationally and regionally.

The Education Ministry in Grenada in a statement warns the game is very dangerous because the person who falls can sustain many types of injuries including broken bones, head injuries and spinal injuries among other things.

It adds that injuries can be serious enough to result in death, based on the nature of the fall sustained.

The Ministry notes that while students are encouraged to be physically active and socialise with their peers, ‘the Jump Challenge’ does not constitute a constructive social activity.

It states head and spinal injuries sometimes take months and years to heal, while some people become and remain paralysed.

Grenadian students are being urged to preserve their quality of life as no one wants to spend their youth and beyond incapacitated as a result of the internet challenge.

Known also as the jump-trip challenge or skull-breaker challenge, other Caribbean countries have already warned their students against attempting the dangerous game including Sint Maarten, Jamaica and Trinidad and Tobago.