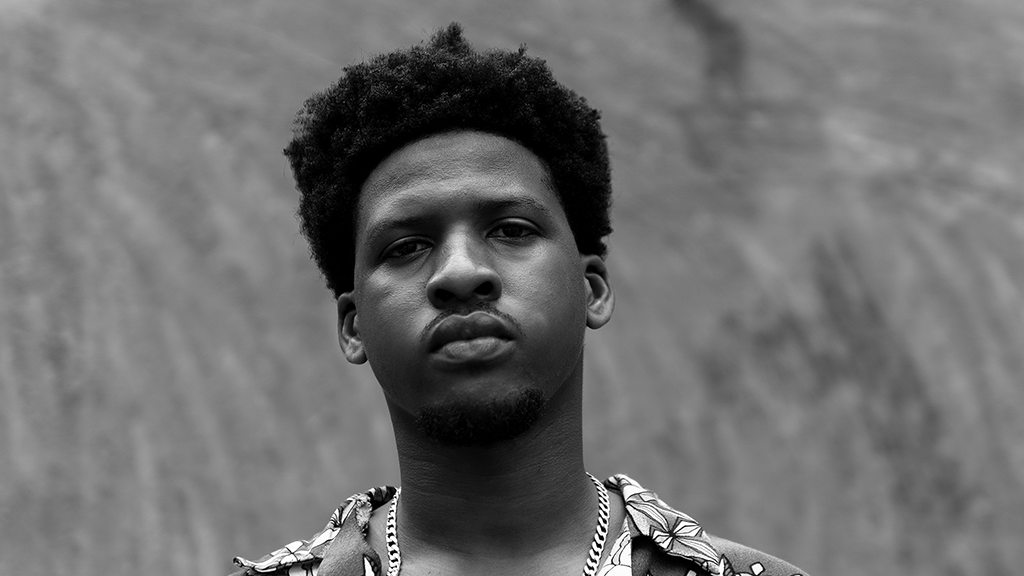 Barbados has what can be described as an underground love affair with hip hop music.

Over the years, some artistes have been able to garner attention and support, releasing music that rivals the quality of what is produced by international rappers.

However, the uphill battle of many artistes to gain public recognition both in and outside of Barbados has become a Sisyphean struggle.

Going against the grain of calypso and soca, which many believe to be the major money-earning genres, can be daunting for any musician, however Barbadian rapper and producer, Haleek Maul has been able to garner a sizable push from the international sect in the world of hip hop.

Collaborating previously with international names such as Deniro Farrar, Shady Blaze, Hot Sugar, and Saul Williams, Haleek has been putting in the work to captivate ears with his work.

With three main projects already under his belt and his first album 'Prince Midas' previously garnering praise in many US mainstream spaces, Haleek is gearing up to drop his new album. He has been steadily working on his craft here on the shores of Barbados.

He has placed additional focus on music and creativity in Barbados through his Foundation curative event- a colloboration with musicians, deejays, photographers, dancers, and painters.

"In the most cliche way, I see myself as an innovative multi-media artist. I'm directing videos. I'm editing videos. I'm doing the graphics and it's all tying into one another and I'm doing the websites so people will start seeing the coding aspects and the tech aspects of what I'm doing. I am really trying to break all the rules. That's really me. A rule breaker."

Haleek admits he is aware of the challenges Barbadian hip-hop artistes face and the additional struggles he will face with his genre-bending form of hip hop.

"On one hand, you really want people to appreciate what you're doing but obviously, you gotta take into account the culture and how many years people have been trying to do the same kinda thing. I'm not a newbie to this.

The Poundas and all the men like Sunrokk, those are the men that I came up idolizing so I know how this thing goes. At the end of the day, I know that I have it hard making the genre I make. It is not just rap it is the whole electronic music I am making."

Haleek says he was severely impacted by the loss of his grandfather after the release of his first album, 'Prince Midas' in 2015 and it's taken a bit of work to get back to a good space with his art.

Now that he is about to drop his new album, 'Errol', not only is he in a different headspace but he is focused on changing the minds of those affected by his art.

"The space that we need to occupy is something that needs to grab people from a lot of different points of stimulus...you might not like the music per se or not at first or you might think it's weird, but then when you see somebody that you think is cool wearing the [artiste's] T-shirt then it's all like maybe it's not so bad."

For the upcoming event, he sees it as the beginning of a long term movement and a part of his way of giving back as well as curating a unique artistic experience.

"This is the beginning of a way longer plan and really trying to set a groundwork for these artistes. It's like a family that I am trying to build. I'm really trying to get all the things and people that I like together in one room and see how everyone interacts and how everything plays out."

For the future, Haleek says he wants to very much embolden Barbadians to stop shrinking themselves and pursue their goals.

"I feel like for a lot of people, especially in Barbados, we have a culture of making ourselves small because we think people are looking at us funny. If we can find a way to get that out of people's system and make things better for everybody, I think that would be one of my long term goals."

Foundation is set for this Sunday, February 2, 2020 from 3 til 10 pm, at Rascals on Brandons Beach (formerly Weisers) and is free of charge.

And Haleek Maul's new album 'Errol' is set to drop this year on February 28.