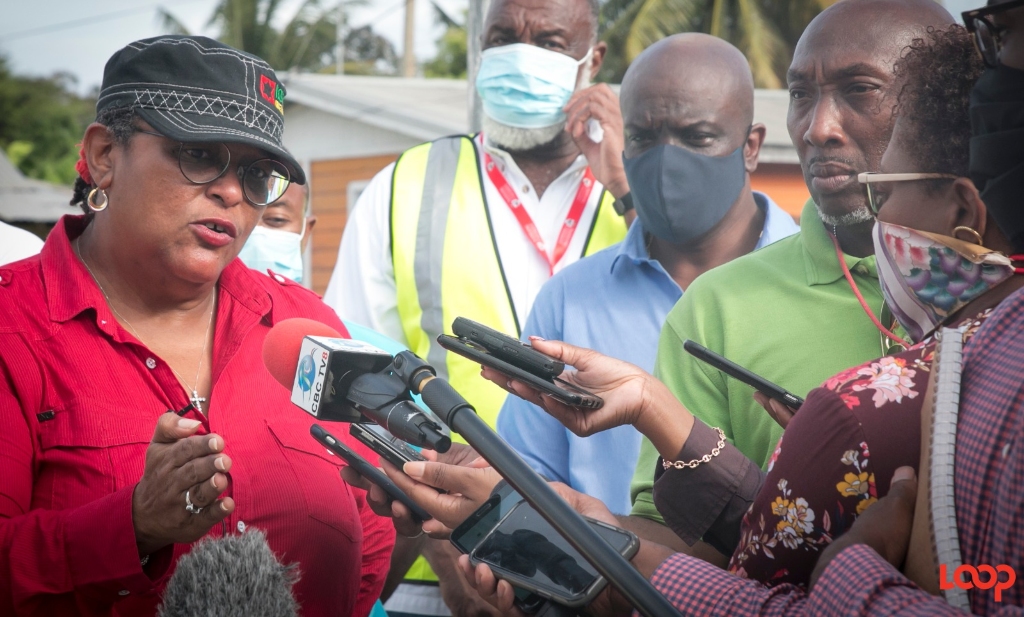 Prime Minister Mia Mottley is seldom lost for words and almost always speaks off the top of her head with no written speech.

Over the past two years Barbados' leader has never once shied away from her Bajan vernacular whether on the political campaign trail at home, in the House of Parliament, on a global stage such as the United Nations General Meeting or over Zoom during this COVID-19 pandemic with media reporters from around the world.

The one who said "Give me de vote and watch muh" was a few months ago begging her people to "Stan home!"

If there is one thing that every Bajan locally and throughout the Diaspora can hold hands on, it is that Barbados' eighth Prime Minister speaks to the people, speaks at the level of her audiences and speaks the Queen's English but knows when, where and how to pull out her second language - Bajan dialect.

Here are some quotes that Mottley has shocked persons with over the past two years:

This was and is one of her most well-known greetings when addressing "her people".

If there is a phrase the PM loves, this is one. Ask her about two Barbadoses and see if you get anything other than this response. Bet!

Talking about her thoughts on Barbados' late elections in 2018... She said ". . . that is wickedness on stilts." Some are still trying to understand this level of wickedness that they had no idea even existed until the PM brought forth this new saying.

“For those who want to talk about travel … no amount of letter-writing or emails or phone calls would cause people to believe that Barbados has a different government. . ."

She uttered these words in her final campaign address on the night before the General Election and went on to see her party win all 30 seats. #Manifestation?

6. Speaking for the first time as the Prime Minister of Barbados at the United Nations General Assembly on September 28, 2018, after Tropical Storm Kirk caused widespread flooding in Barbados.

"It is impossible to deliver a speech that is focused on anything else other than our reality in the Caribbean, the pacific island and in the world in which we live. . .

7. "The voice of Barbados regionally and internationally must stand for something good and credible and where others disagree with us, they must still respect us." (2020)

The late and first Prime Minister of Barbados Errol Barrow put it another way saying "friends of all and satellites of none".

This is something she wants Bajans to do, besides having "supper".

When these words entered the prime minister's lexicon, the youth knew that their voices are being heard.

11. "Stay focused" and abide by the required health and safety protocols.

"It is always easy to be distracted but I learnt a very long time ago when you are in the midst of a crisis, stay focus. Stay focused and do not let those things other than that which literally threatens to implode the mission. Do not be distracted by those other things on the outside."

12. Always one to offer praise where it is due, Mottley commended Barbadians for their quick response to a global crisis.

"There are far more Barbadians who understand the nature of the problem with which we are confronted and who have therefore falling into line to cooperate be it with physical distancing, not congregating in places where they need not need to be, be it the washing of their hands or hand sanitiser, [and] wearing of masks."

Prime Minister Mia Mottley promised the young citizens a party post-COVID and confectionaries, but she also gave adults leeway to beg uh pardon for some space to ensure that people stay three or six feet apart instead of lining up "onneat" one another.

She said: "I was inviting you to judge us on our performance."

These two phrases are used continually by the Prime Minister as she addresses the nation.

Recently, she caused her political foes to gasp and supporters to laugh with her onslaught of attacks on Democratic Labour Party (DLP)  president Verla Depeiza.

"Don't accuse me of warming over soup when you ain't even make the soup yet."

18. And with her winning mentality, she has in no uncertain terms said that she does not hangout with losers.

"I don't want to get involved in their business because I don't surround myself with people who lose."