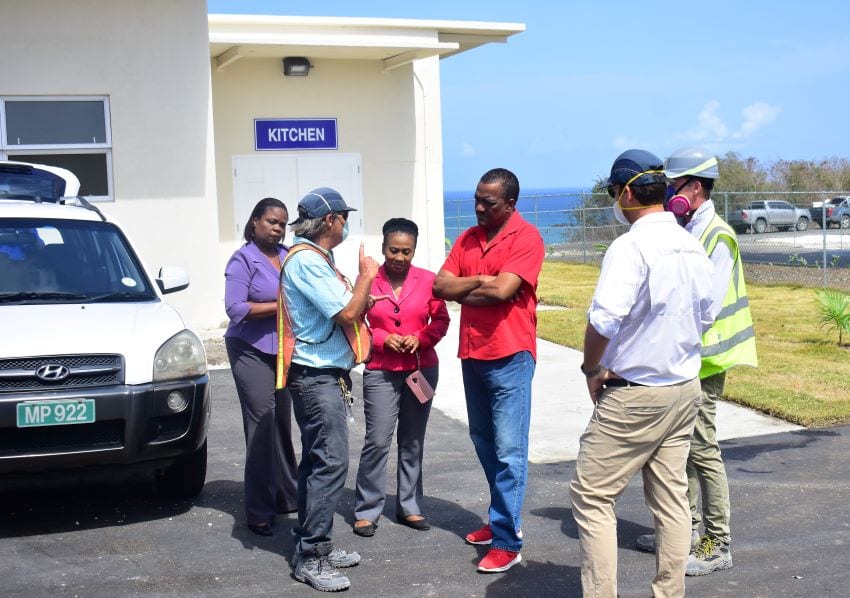 Construction work at Harrison Point, St Lucy, is completed and the facility, which will be used to care for persons infected by COVID-19, has been handed over to the Queen Elizabeth Hospital (QEH).

With a capacity for 200-plus beds, some of which are already in place, work will continue in the coming days to outfit the facility with both furniture and equipment as it gets ready to receive its first patients.

Minister of Health and Wellness, Lt. Col. Jeffrey Bostic, in a final walk-through on Monday, revealed that the entire compound would now be used as an isolation facility for COVID-19 positive patients.

Project Manager, Joseph Steinbok, described the five-week project as “an amazing effort from a fantastic team”.

“Wednesday (April 8) will be five weeks since the first contractor drove on site, so we have finished two days short of five weeks.

“When we arrived here, the Ministry of Transport and Works had started to clear some of the bush from some of the buildings, but you had to fight your way into most of these buildings.  It was a real derelict that had not been given any attention for a long time and we have transformed it.  I think what is here speaks for itself.  If any of you had been here at the beginning, you would see what it looked like then and what it looks like now.”

Steinbok noted that the project had expanded over the period as other needs and requirements were recognized.

“It was fast paced and some requirements only came to light as you were going along.  So originally it was all the buildings on the left of the road that were included in the project, but then the buildings on the right were added.  The secondary isolation building is only 13 days old.  People have been here until 1 or 2 o’clock in the morning working to achieve this goal.”

The Project Manager had high praise for the consultants, contractors and 375 workers on the project who, he said, worked collaboratively to get the job done.

“And I would like to especially thank our families.  I’m not just speaking for myself, but I know everybody, as the project has gone on, our fuses have gotten shorter and shorter, there has been more pressure, more stress and our families have had to put up with us, not in our normal, jovial moods, but in foul moods on a regular basis, so I just want to say thank you to all of them for their support.” 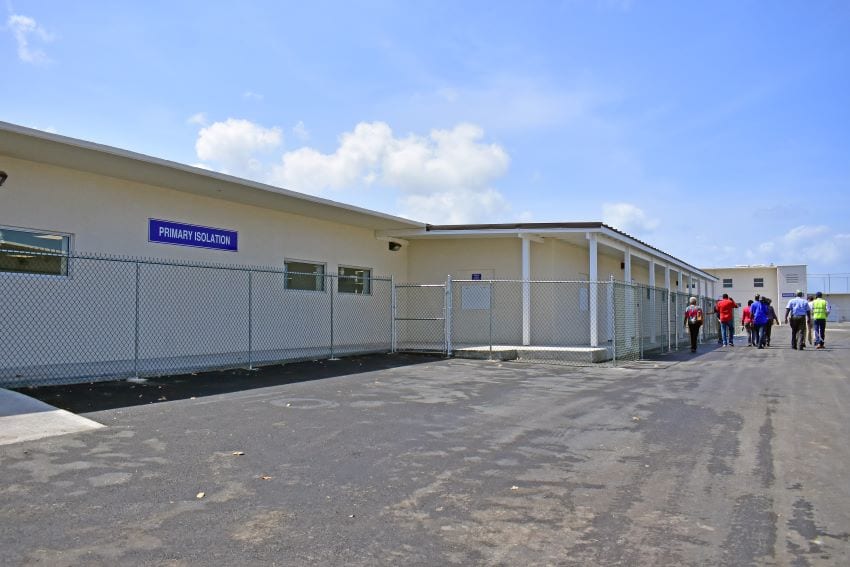 The suppliers, he shared, also gave 100 per cent to the effort.

“The suppliers have opened in the middle of the night, whenever required, to support us.  All the agencies, Barbados Water Authority, Light and Power, Customs, you name it, once it was something to do with Harrison Point and they got confirmed what it was, we were facilitated.  This could not have been achieved without them.”

As of yesterday, construction on the buildings had been completed and all services installed and tested.  The National Conservation Commission remains on site completing the landscaping along with a skeleton staff to respond to any further requirements made by the QEH, Steinbok disclosed.